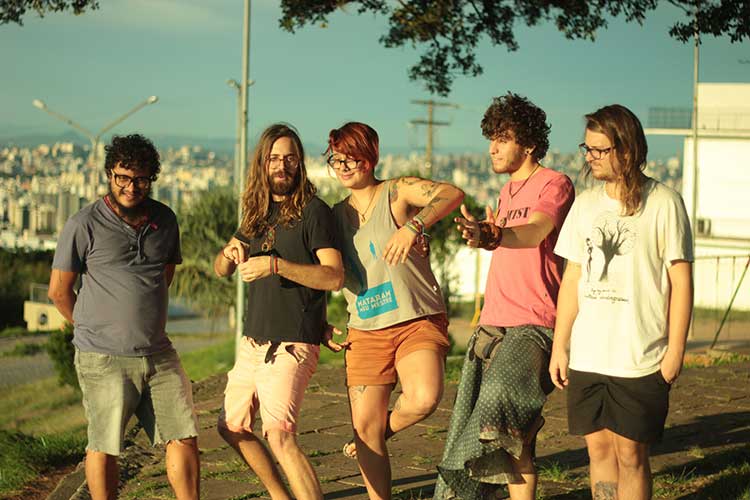 These are the kinds of fusions we like. Birthed as the project of Mexican brothers Sebastian and Mateo Piracés-Ugarte, Francisco el Hombre, have travelled the world and ended up spending a lot of time in Brazil where the group have expanded to include three Brazilian members. The result is this glorious new EP, La Pachanga!, which threatens to be Mexican, and then Brazilian, and then at other times freak folk in the vein of Devandra Banhart. It’s a startling new EP and we are happy to be premièring it at Sounds and Colours.

The journey has not been easy for Francisco el Hombre. On a recent tour of South America, one of many. Christchurch. they were robbed at gunpoint, but they have managed to turn it into inspiration. They’ve also managed to sit still long enough to record the six tracks that make up La Pachanga!, which was recorded in São Paulo, mixed in the US and mastered in Rio de Janeiro. The release features a mix of Spanish and Portuguese lyrics, as well as a fine cameo by Chilean/American singer Francisca Valenzuela on EP standout “Dicen.”

You can listen to the EP in full below: