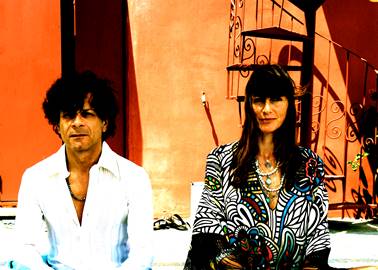 Italian-duo Nicola Conte and Stefania Dipierro have joined forces for a new album entitled Natural, their first collaborative effort for over fifteen years. Dipierro’s vocal contributions to Conte’s 2000 album Jet Sounds were a real highlight, and this latest endeavour doesn’t disappoint. It features original compositions in addition to new interpretations of existing bossa and jazz standards.

The B-side to lead single “Natural” is a glorious re-working of the Trio Ternura classic “A Gira”. The luscious production, soaring Hammond organ, and Dipierro’s vocal combine beautifully, bringing this rare groove gem bang up to date. Check out our exclusive première below:

Natural is out on the 29th February through Far Out Recordings.