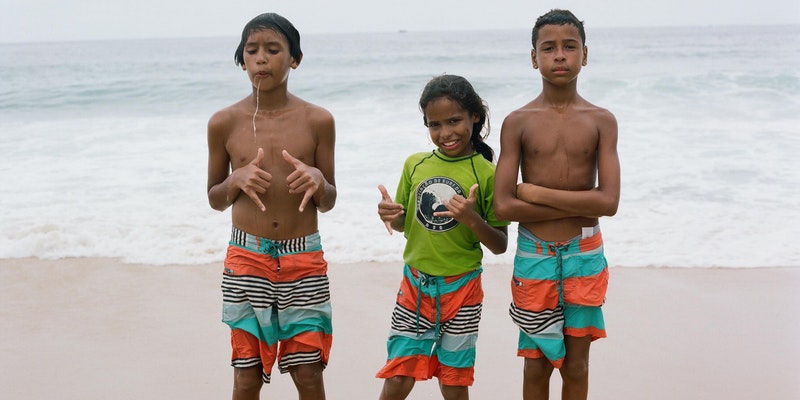 A new short film by Goma Collective puts the spotlight on a community of surfers from the Rocinha favela in Rio de Janeiro who are aiming to both further togetherness and educate kids through one of Rio’s most valuable assets, its ocean.

Rocinha’s New Wave follows members of the Surf Association of Rocinha (ASR) who are looking to pull kids away from the dangers of one of Rio’s most violent neighbourhoods, offering them instead the chance to get into the water and learn to surf, every day of the week. It’s a scheme not without its problems, with water pollution and sanitation being major issues. However, the association tackle this through proactive measures, teaching the kids about pollution and arranging beach clean-up days.

The film was made by Goma Collective, whose founder Mikey Krzyzanowski got to know the association after spending some time in Rio, and was so impressed by the work they were doing that he decided to make a film about them. It’s a poignant and heart-warming introduction to a group of cariocas who are willing to put a brave face on seemingly any situation, and who through their community spirit are changing the lives of so many kids.

You can watch the film in full below: