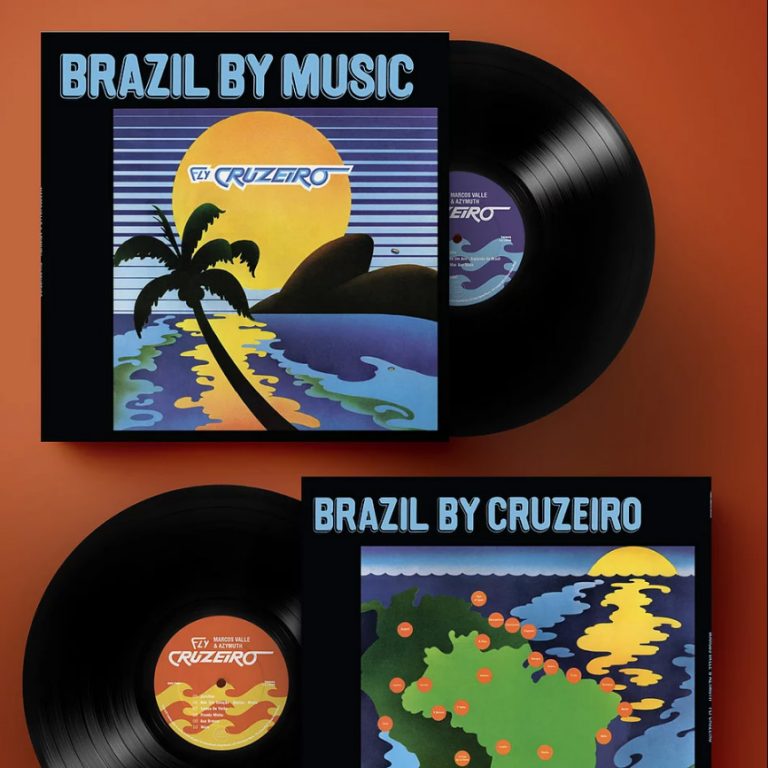 Reissue specialists Tidal Waves Music have announced the reissue of an extremely rare early collaboration between Marcos Valle and Azymuth. It was through Valle that the nascent members of Azymuth gained some early traction, accompanying Valle on his 1973 soundtrack for the film O Fabuloso Fittipaldi, which included the track “Azimuth”, giving rise to the name that the three original members (Alex Malheiros, Ivan Conti, José Roberto Bertrami) of the band became known as.

Prior to this though, and before there was any hint of a name, Valle and Azymuth worked on a promotion album in 1972 that was curiously gifted to customers of the ‘Cruzeiro’ airline company [Valle’s family had a number of links to the airline] which included original tracks as well as covers of standards by Jorge Ben and Antonio Carlos Jobim. Though the Azymuth sound was yet to form, the album offers a snapshot of what the band, together with Valle, would be like when letting their hair down, playing a mix of samba, jazz, funk and bossa nova.

Only 500 copies of the original album were ever pressed, making it something of a rarity. Thankfully Tidal Waves Music – who had previously reissued albums by the likes of Nina Simone, Funkadelic and Pharoah Sanders – are here to bring the album, titled Fly Cruzeiro, to the wider public for the first time.

Fly Cruzeiro will be released on January 24th. See Tidal Waves Music for where to buy the vinyl – a number of different coloured limited vinyl releases are available.