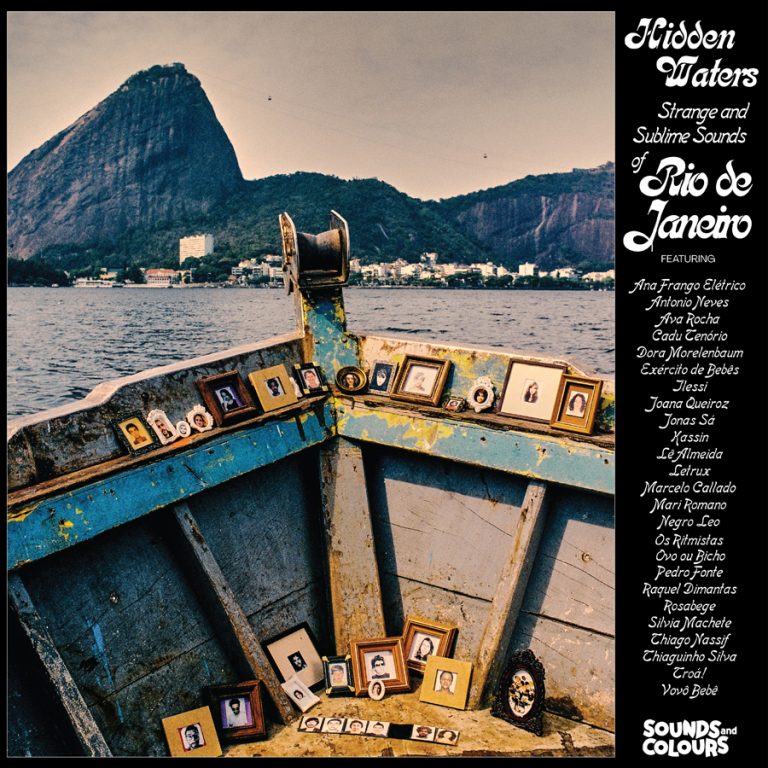 We are very excited to announce a vinyl campaign for our brand new compilation, Hidden Waters: Strange and Sublime Sounds of Rio de Janeiro. It’s our homage to a Rio de Janeiro music scene that has continued to amaze us over the past decade. From Ana Frango Elétrico’s game-changing interpretation of MPB, Thiago Nassif’s art rock posturing, Kassin’s groovin’ reassessment of Brazilian boogie, through Ava Rocha’s radical take on chanson, an explosive experimental scene led by artists such as Negro Leo and Cadu Tenório, and those bringing brand new flavours to jazz, samba and bossa nova (see Antônio Neves, Os Ritmistas and Dora Morelenbaum), Rio has been on fire of late, and Hidden Waters is our attempt to capture that energy.

Compiled by Joe Osborne and Russ Slater, Hidden Waters will be released on gatefold vinyl via Bandcamp Vinyl – pre-order your copy now to make sure the campaign is successful – with artwork set on Guanabara Bay by Rio’s much-loved album cover designer Caio Paiva, a sleeve insert of two essays written by eminent music journalist Leonardo Lichote and professor and critic Bernardo Oliveira, and extensive track-by-track notes written by the participating artists themselves.