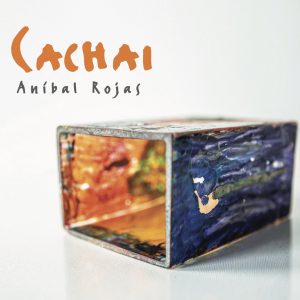 Aníbal Rojas is a Chilean jazz saxophonist from Santiago who emigrated to the US 20 years ago. Since then he has made a name for himself on the East Coast circuit, with TV work and tours with a re-conditioned Blood, Sweat & Tears among his credits. He plays the tenor with a bright, authoritative tone that recalls Michael Brecker and he has played and recorded with artists ranging from Kelly Clarkson and Alicia Keys to Stevie Wonder and Paquito d’Rivera. You can’t argue with the man’s pedigree, nor the quality of the band chosen to back him on the album: piano, electric guitar, double bass and drums. The word “cachai” means literally “to catch” and idiomatically “ya dig?” The music supposedly “captures a feeling, a vibe, an atmosphere.” Unfortunately, the vibe to these ears is a little on the bland side. The promised Latin undercurrents remain throughout very much under the surface, and it’s only late into the proceedings – with the welcome addition of flute on “The Midnight Zone”, and the more animated “Chilingro” – that things really lift off and one gets a kind of feel for what their composer dubs “immigrant music”.

It’s beautifully played by all concerned, but the melodies aren’t particularly memorable and generally it’s the kind of stuff one can hear most weekday evenings in, say, a small club in the Village. To give it an average rating goes against the grain when the musicians involved are all so proficient, but alas there’s little here to lift Cachai out of the ordinary. It would help if a little more Latin fire rose more often to the surface, ya dig?

Cachai is out now