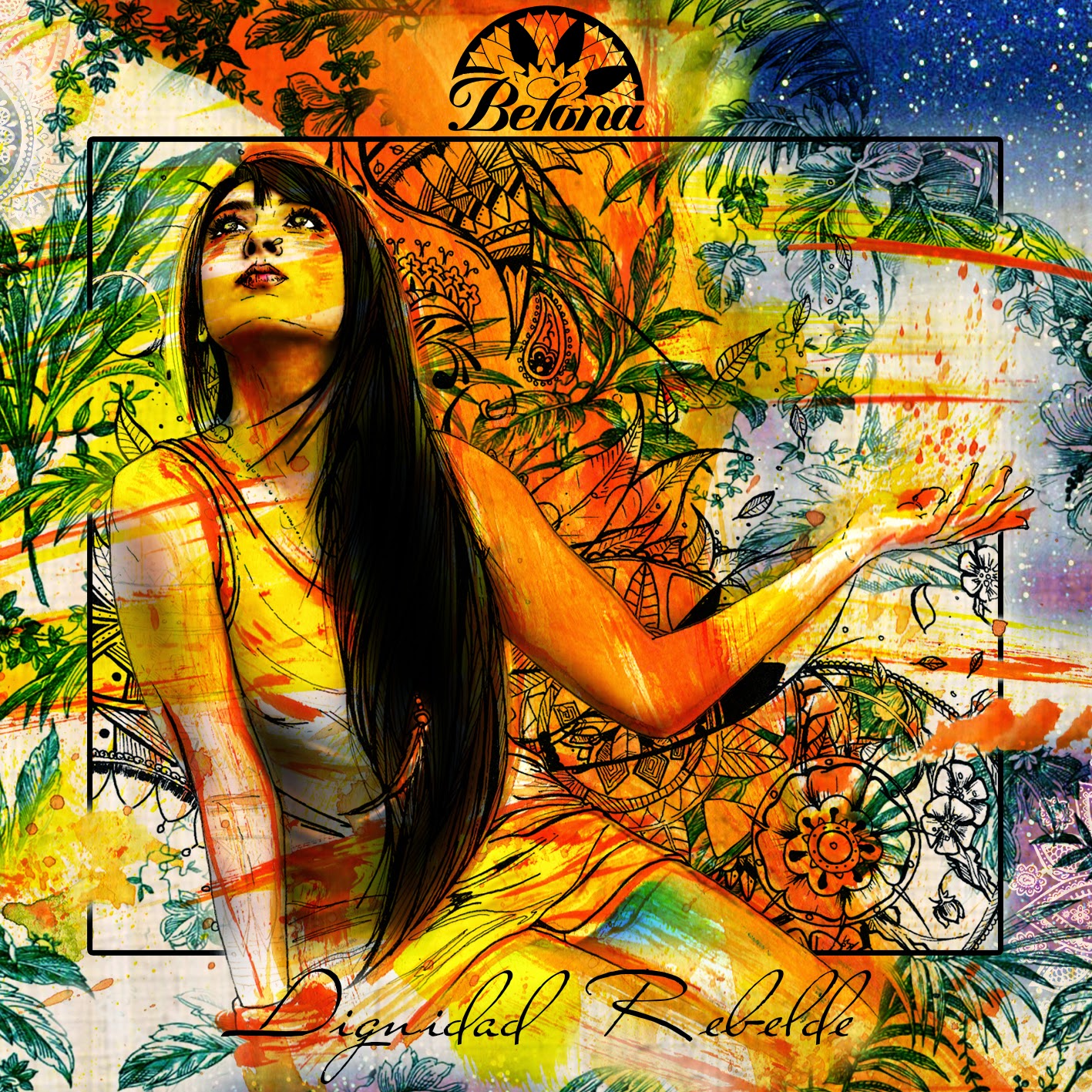 Chile’s long tradition of music as a weapon, a means of promoting messages of resistance, equality and solidarity, has in recent times moved beyond the boundaries of the traditional folk song most commonly associated with it. Hip hop has emerged as a powerful outlet for those with something to say, while protest rap has virtually become a sub-genre of its own, addressing many of the issues faced by young Chileans today. Popular culture played a key role during the student protest movement of 2011, in which the public education system was shut down and huge demonstrations were weekly events in towns and cities across the country, with musicians such as Ana Tijoux, Subverso and Portavoz expressing the anger felt by those on the wrong side of Chile’s gaping social divide.

Those artists were joined by the nascent voice of Belona MC, a then 19-year old rapper whose gender and penchant for socially-aware rhymes drew inevitable comparisons with Tijoux, but whose spiky flow is more reminiscent of, say, Argentina’s Sara Hebe. Hailing from the Recoleta district of Santiago, a working class neighbourhood that still holds out against the encroaching neo-liberal modernity of the capital, Belona, aka Cindy López, first came to attention in 2011 with the release of her debut record Libres y Salvajes (Free & Wild), which featured other local MCs such as Zonyko, Revilomarley and Creabeatbox. The album offered up a seething criticism of the status quo – “You don’t know what’s waiting for you” she warned on ‘Somos Salvajes’ – that called for uprising over a barrage of samples and scratching. Against the canvass of student occupations of schools and universities and the heavy-handed authoritarian response, it was part of a wave of hip hop releases that captured the anger and frustration felt by Chilean youth.

With her second album, this year’s Dignidad Rebelde (Rebel Dignity), Belona revisits the social currents of Libres y Salvajes but has crafted a defter, more varied, and, dare I say, more accessible sound. If her debut was that of the disaffected youth marking their territory of underground clubs, graffiti-daubed plazas and housing projects, Dignidad Rebelde shows a musician aware of her natural habitat as the stage, and of a duty to represent her peers. As Belona plainly expresses over the simple drumbeat of ‘Intro’, that group is an umbrella-like association of students, workers, women, indigenous communities, street vendors, and basically all those who make up this mass of humanity otherwise known as ‘us’. It spells out the album’s state-of-the-nation outlook at the earliest opportunity.

In many places the record traces the daily realities faced by Chile’s low-paid majority, whether atop the organ of ‘La Misma Canción’ or the easygoing acoustic flow of ‘En Silencio’. Inequality in its many ugly guises also inspires ‘Liberando el Alma’, built on a climbing Oriental-sounding hook that you wouldn’t be surprised to hear sampled on Ninja Tunes before long. That’s replaced by trumpet on ‘Apariencias’, in which fellow santiaguino rapper Dasen riffs on the game of few winners and multiple losers known as life. It’s impressively put together, containing an ambitious sixteen songs, and broad enough in scope to maintain your focus throughout.

That’s also partly to do with the musical diversity evident on Dignidad Rebelde, and its ability to reference both Latin American roots and the US counter-culture that spawned hip hop in the first place. The latter is most evident in ‘Todo Cambia’ or ‘Bajo un Código’, both of which brood with West Coast tension, transplanted to the Latin American urban squall. But Dignidad Rebelde couldn’t be further removed from the sexist conventions which unfortunately litter elements of both US hip hop and Chilean culture, and ‘Mujer Compañera’ is Belona’s retort to these tired and outdated clichés, planted across a beguiling vocal hook.

It might be serious stuff, dealing as it does with weighty subject matter, but that doesn’t detract from the artistic verve displayed by Belona and associates such as producer Inkognito, a sturdy presence on the album. Hip hop has a strong potential to engage with disenfranchised young Chileans left behind in their country’s economic gold rush. Their neglect by society has seen the emergence of figureheads such as the leaders of the 2011 student protests, whose prominence was rooted in their ability to articulate the concerns of an entire generation. In Belona MC, that same group has its musical equivalent.