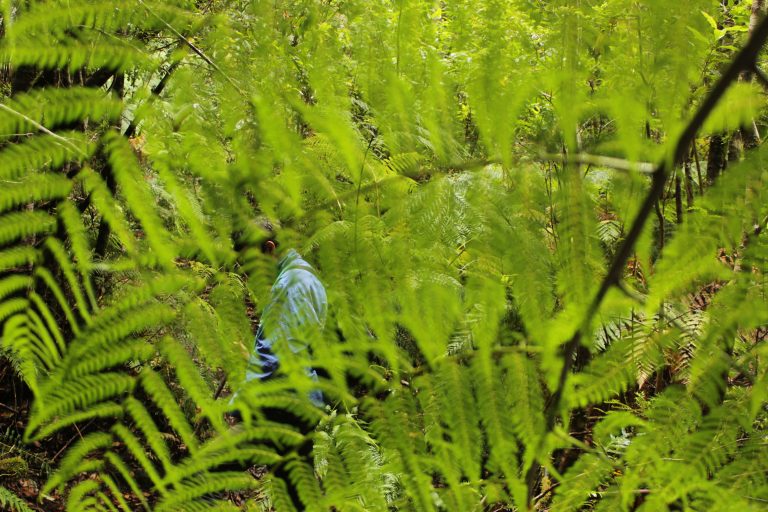 Noche Africana is a party series down in Santiago, where diasporic sounds blend together, remixing the traditional sounds of Africa and America, and taking them to the future. There, you can listen to afropop, dembow, afrobeat and all manner of ancestral rhythms.

One of the men responsible for this wild, diverse and inclusive dance congregation is Carlomarco, also known as Federico Palma. He is the resident DJ, but also behind the curation of guests, showing that his taste in music is wide but on point, something that clearly shows on his new production work.

His newest release, out on Brazilian label Frente Bolivarista, is his last excursion on a downtempo key, promising new explorations into more complex structures, though this doesn’t mean that the album is just for chilling. The percussive “Antes De Retornar”, with São Paulo producer ElPeche, is dance-inducing, while “Afro On The Floor” starts slow but gets you moving by the half-way point.

The album also features Argentinean artist Silvio Astier as a guest, making it a Pan-American celebration of Afro-Latin heritage and a cultural dialogue in sounds.