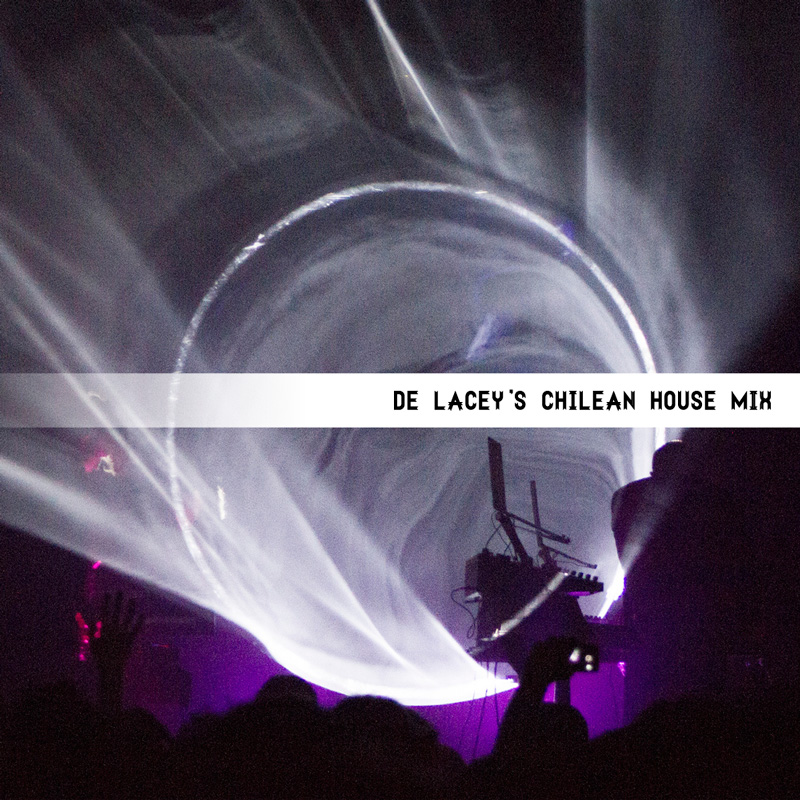 de Lacey has so far brought you digital cumbia and São Paulo hip-hop. For his latest he has ventured into the world of Chilean house. Here’s de Lacey to introduce the mix:

Chile isn’t the first country to come to mind when you think of house and techno, however if you head to Santiago, you’ll find an impressive scene, which has produced household names such as Ricardo Villalobos and Nicolas Jaar. Much of the recent acclaim is thanks to Swiss-born but Santiago raised label boss and producer Luciano, whose Cadenza is releasing some of the finest Latin-infused house at the moment. Many of these artists now reside in Berlin, but there is an equal wealth of output from Chile itself, and Santiago stalwart Dorian Chavez has been the resident DJ at the legendary Club la Feria for over twelve years. Felipe Venegas is another artist who has come from this long line of Chilean electronic magicians and his “I Ching” is one of the boldest, and most beautiful, pieces of work to be released in many years. This mix features some of the most uplifting, and also some of the most progressive output from this vibrant group of musicians, culminating with a piece from Nicolas Jaar’s recent collaboration with Brookyln based musical polyglot Dave Harrington, Darkside.