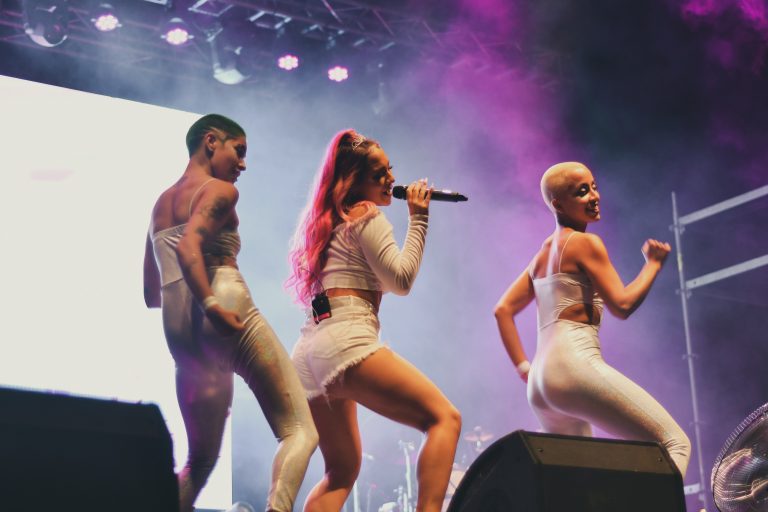 A few kilometers from the burning barricades of Santiago’s central protest point, Plaza Dignidad, four of Chile’s most prominent urban artists took to the stage for Matucana 100’s annual MFest. The festival is thematically linked to the country’s ongoing social movement, called “Con Todas Sino Pa Que” – with everyone (woman), if not, why. The fest brought together upstart rapper Dindi Jane, pop-trap singer Princesa Alba [pictured above], DJ Lizz and neoperreo legend Tomasa del Real as a show of solidarity amongst female performers, reflecting how Chile’s musical agenda is evermore politicised, charged and relevant to the ongoing fight for unity and change.

“With the feminist revolution there is more presence of women in the industry because the field of possibilities opens up as we free ourselves from patriarchal oppression,” said Dindi Jane before the show.

“Any instance that is generated to support our gender, which has been diminished and segregated for hundreds of generations, it contributes to the struggle. I believe that today, for the first time, we are achieving something”, highlighted Lizz.