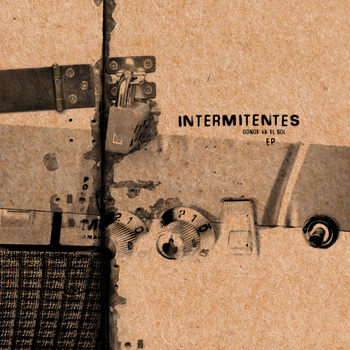 Chile’s underground psychedelic rock movement provided a couple of real treats in 2013 with records from Föllakzoid and The Holydrug Couple, both of whom made it onto Sounds and Colours’ Best Albums of 2013 list. It looks like this year could offer more of the same if the new EP from Santiago’s Intermitentes is anything to go by. Although officially released in 2013 (30th December), Donde Va El Sol marks Intermitentes as a band to look out for over the coming months. There’s a surprising depth to the  wall-of-sound effect, as singer Matias Camus’ vocals seemingly emerge from somewhere beyond the recording studio and fuzzy guitars break away in distortion-drenched segments of raw garage force. If Black Rebel Motorcycle Club or Psychic Ills are your bag, Intermitentes are definitely worth some attention.

Their eponymous debut album, meanwhile, can be listened to on Soundcloud.