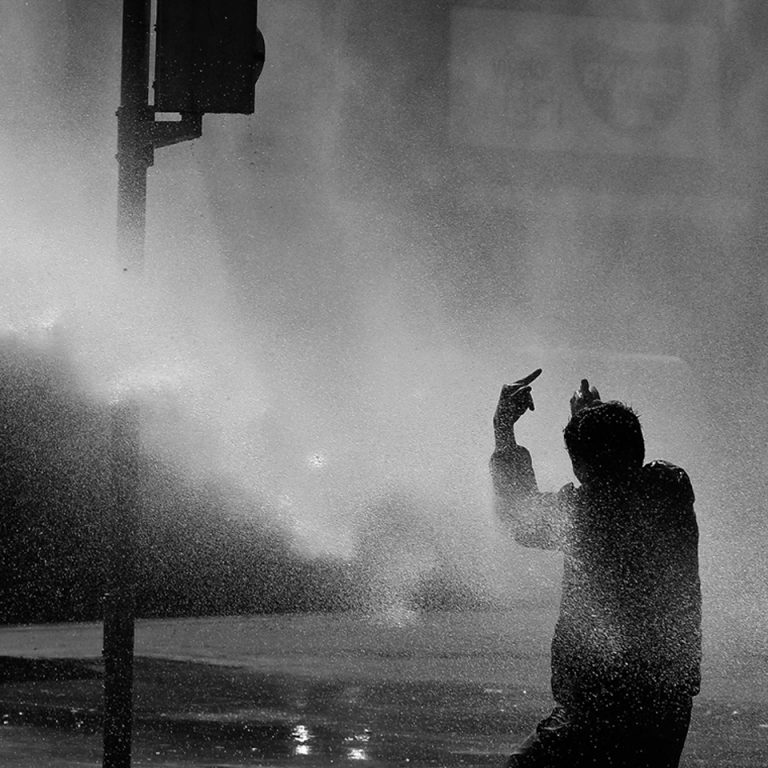 In Chile, there are still fights to be made, be it for social justice and equality, or to aid the victims of this so-called “war” that the President declared against a “powerful enemy”. The enemy he was referring to were real people, with no guns or protective shields, and many of them responded, saying: “we are not at war”. The name of this new benefit compilation series by Valparaíso-based Modismo label comes from this: Chile No Está En Guerra.

Already on their 3rd volume, this series is inspired by Chile’s revolt and seeks to raise money to get direct help for families of people who have suffered eye trauma over these previous weeks, where there is already 2 people diagnosed with complete blindness, 16 who have lost eyesight in one eye and 220 eye injuries documented in total (according to Human Rights Watch).

Help the wounded and get music from underground electronic artists such as Santiago-based German DJ Lisa Cropp, Lluvia Acida from southern Chile, Alisú, Pululoz, Argentina’s Sückie and Emmerichk, from Mexico.