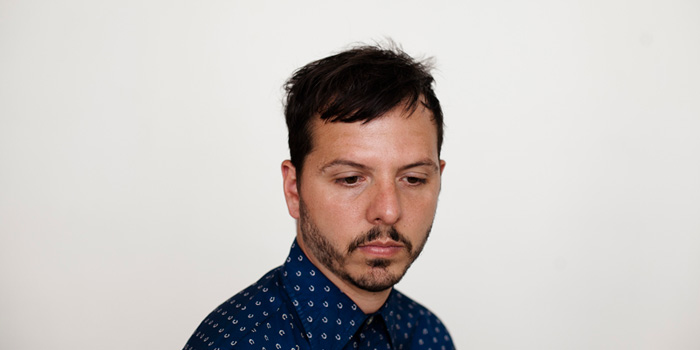 In 2012, compelled by what he’d read in the news and seen on the TV, Chilean musician Juan Pablo Abalo decided to write an album that would confront the sexual abuses perpetrated by Catholic priests in Chile that had recently hit the headlines. “In Chile it is a problem because the church has power,” says Abalo today. “It has been hiding [things] and manipulating [people] through faith.”

The result of Abalo’s need to meditate on this subject became Canciones de Misa, an 8-track album whose song titles (“El Pastor”, “La Confesion”, “Padre Nuestro”) clearly show where Abalo projected his songwriting. His voice and guitar-playing take centre-stage on the album, pushing these songs – full of misplaced trust and abuses of power with mutliple biblical references and a constant sinister underbelly – forward but he is joined by strings, piano, organs and bass for a multi-layered production that adds a sense of grandiose, and power, to these intimate portraits.

When the album was released originally in 2012 it only reached a small audience. Abalo speaks of “an uneasy distribution as media [outlets] in Chile are not independent of powers such as the Church or religious groups like Opues Dei, etc.” Since then though it has attained a cult status, with many people hearing about the album – which has been available on Abalo’s Soundcloud page – and responding to its subject matter, which has only magnified in importance since its original release due to the number of church-related sexual abuses that have been uncovered in the intervening years. At times this has led to people getting in touch with Abalo with their testimonies, as he told me: “a lot of people wrote to me, among them people who were abused by Karadima, a priest who had much power and money, but were protected by some millionaires here in Chile. They were very touched by the record.”

To celebrate the album’s continued importance and to bring it to a wider audience Brooklyn-based Ponk Records – run by the Chilean musician Sokio – have decided to re-release the album, along with a couple of additional remixes, and we are more than happy to be exclusively streaming the album below for the entirety of Holy Week (Semana Santa). The timing is not a coincidence.

Abalo has also played with the Chilean groups Dënver and Marineros, and released his second album Como Un Animal (“nine ballads of love and mystery”, says Abalo) in 2014. He is currently working on the debut album (to be titled Tocaciones) of his current group Los Días Contados, where he is the keyboard player and singer. You can listen to more from Juan Pablo Abalo at soundcloud.com/juan-pablo-abalo