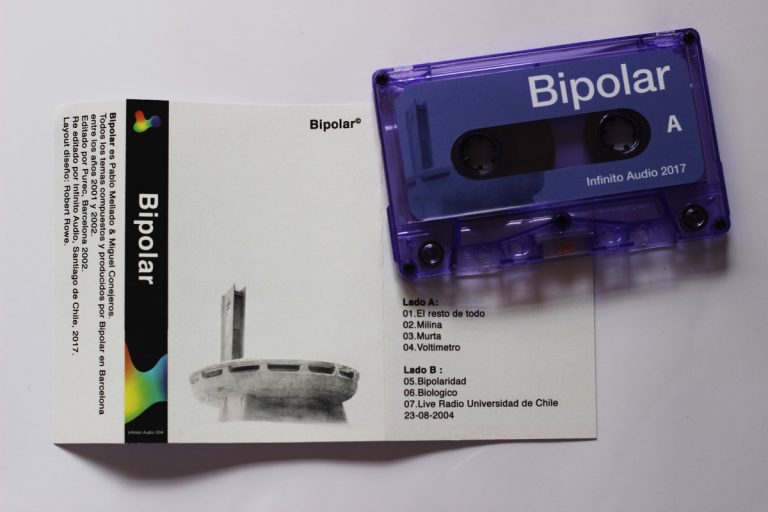 Musical archaeology is a common subject these days. Just take a look at labels like Sofrito who have been revitalising lost Caribbean records or Awesome Tapes From Africa who did the same writing about vintage cassettes in a blog before then becoming a label and itinerary sound system.

But finding good music that got lost in limbo isn’t just about finding old crates in remote countries. Some of the good music that has passed by is sometimes just around the corner. That’s why Santiago-based InfinitoAudio are putting value on some of the forgotten electronic music pioneers of recent decades in Chile, sometimes going back just 10 or 20 years, a time when electronic music didn’t have the amount of coverage or interest that it’s experiencing these days.

The label is releasing the albums in digital and in cassette format, pointing out the year and the label from their original releases, and this way you can get a idea of the context and the conditions when these creative experiments where made.

One of their latest releases is the homonymous album by the duo Bipolar. Founded in Barcelona by Miguel Conejeros and Pablo Mellado, both went away looking for a better place to develop their musical careers. Miguel Conejeros, also known as Fiat600, was a member of various iconic punk bands from Chile, one of them being Pinochet Boys, who were selected by Pitchfork in their A History of Anti-Fascist Punk Around the World in 9 Songs article.

Created during 2001 and 2002, the album shows the sonic exploration and versatility that helps explains their name, with the mellow space pads of “El Resto De Todo” giving way to the hard bass and beats of “Milina”, both solid tracks to start the album. “Murta” is very acid-inspired with crazy drum programming and the last original track is the downtempo yet very electronic “Biologico”.

On this reissue, they have included a live recording from a small 14-minute improvisation set that was broadcast in 2004 on national radio by Radio Universidad De Chile, adding an extra touch of discovery to the already interesting historic material.

Bipolar is available now from Bandcamp