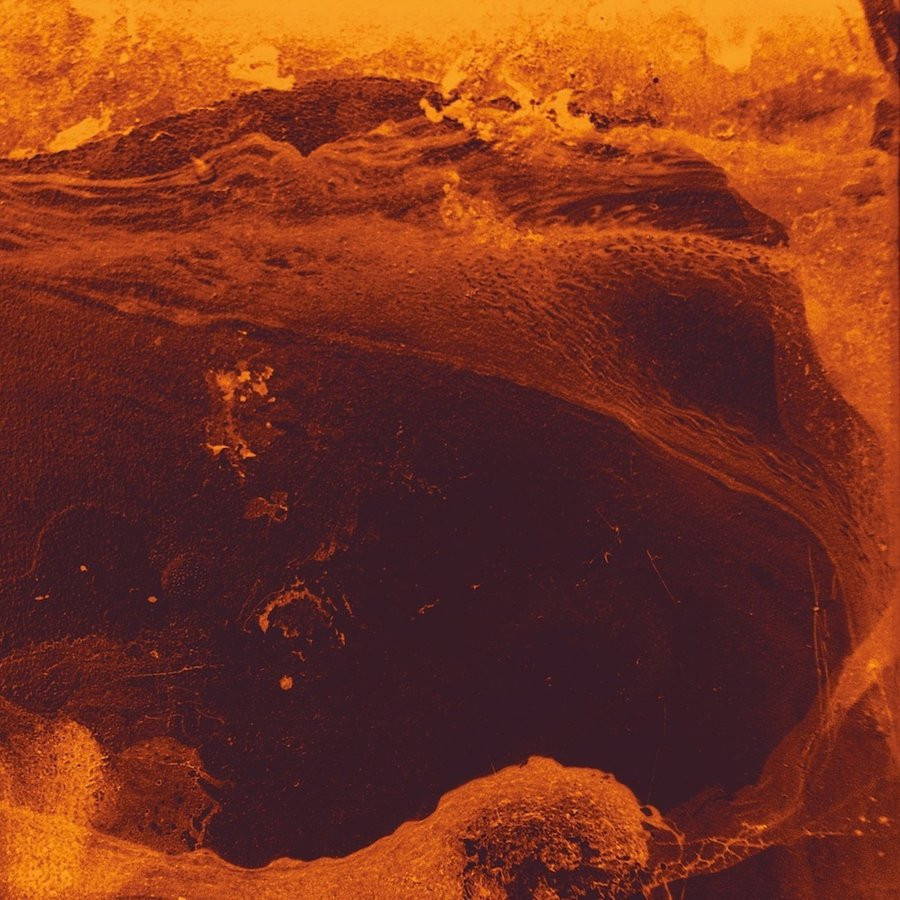 La Hell Gang’s latest album Thru Me Again could comfortably be the minimalist sonic backdrop in a Sofia Coppola movie about the excesses of alienated teenagers, while also delivering on the slow and dirty desert rock we’ve come to expect from them. Some may accuse them of having an undefined sound or over-mimicking their influences, but it is this fusion of drone, psych-pop and shoegaze that makes this album so deserving of everyone’s attention.

Thru Me Again’s slow drone soundscapes serve to texture complex feelings into otherwise simple melodic grooves. There’s a clear emphasis here on producing a desert-loving, smoke-filled garage gig aesthetic from beginning to end. The prevalent focus on seedy bass loops carries forward the dark undertones of otherwise rough-yet-fragile melodic highs, balances out the album and keeps us between surprise (they manage to convincingly blend pop and drone) and comfort (since the songs don’t offer any violent structural deviations). It is this consistent and effortless unifying of stoner-rock and psychedelic tropes that makes this album so original while still recognisable.

Songs like “Inside My Fall” would be too reminiscent of genre-defining bands like Electric Wizard if it weren’t for a unique lightness of touch in their guitar riffs, which help them transcend simple derivative definitions. The Slowdive-like shoegazy melodic guitars here fill the infinite space created by the tight rhythm sections, with the overflow of bright sparks from seemingly unstructured guitar riffs. Despite at times waiting for a more defined riff-driven hook, no song feels too long or any riff overdone, if only because La Hell are more interested in creating vast sonic desert soundscapes, which they do to astounding effect.

That is not to say that all they have to offer are tensions between nostalgia and psychedelic redefinition. In fact, songs like “Sweet Dear”, with its pop hooks and intrusive ambient horns are more folk-blues than anything else, a space inhabited by bands like (especially later-era) Black Rebel Motorcycle Club. However, the layers of reverb become the centrepieces here, changing the feeling of the album to be less about accessibility and more about exploration, requiring numerous listens to be appreciated entirely (the experiences will vary greatly).

Having said that, this doesn’t mean that there’s an absence of memorable tracks. “Last Hit” is so effective (the weight of that last feedback crescendo!) it will make you feel like you’re driving through the Atacama, off-roading just because you can, and for nearly five minutes becoming planet badass, only to transition to the more peaceful droning repetitions of “What You Want You Got It”. It’s these transitions that are bound to split listeners between those who want faster riff-based assaults and those who prefer to wait for the textured build-ups and get lost in a world of feedback.

Whatever you may choose, this is undeniably some of the most exciting reverb-heavy psychedelic rock happening in Santiago right now, and it comes as no surprise (language barriers not being an issue) that they’ll be playing the US soon, where this niche has been evolving and gaining serious traction as part of a wider DIY, true punk rock movement that has now also spread to South America thanks to bands like La Hell Gang.