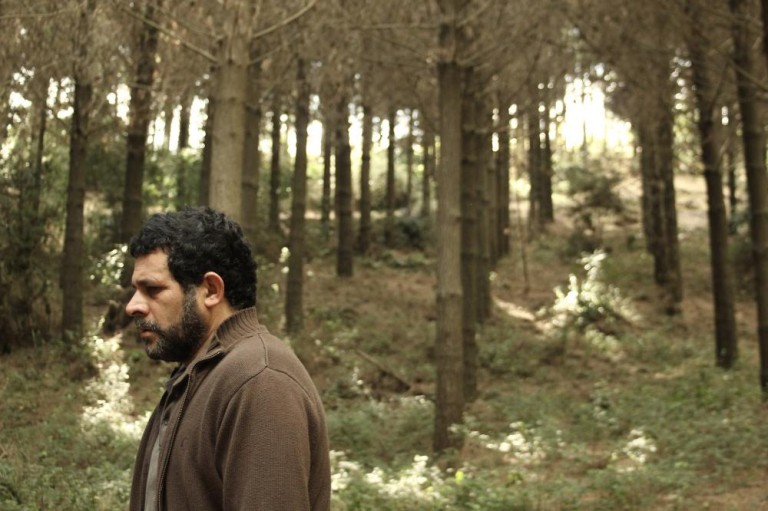 “When you reach the point of taking someone’s life, you’re going against something… biological.”

Alejandro Fernández Almendras, director of the critically acclaimed Matar A Un Hombre (English title: To Kill a Man) makes an astute observation here: to kill, to physically end the life of another human being, someone with hopes, dreams, fears, friends and family just like yourself, is perhaps the ultimate crime.

However, the omnipresence of violence, and Hollywood’s commercial aestheticisation of it, characterises our Grand Theft Auto generation. In an age in which the media seems to be perpetually saturated in blood, murder and tragedy, death has been depersonalised and, in the context of cinema and video games, commercialised. This, in turn, has desensitised us to the harrowing severity of death, murder and their consequences and ultimately, it emotionally detaches us from reality and, by extension, from humanity.

For these reasons, Matar A Un Hombre, Alejandro Fernández Almendras’ highly individualised, psychological exploration, through the story of one, ordinary man, of what it is to take a single life, is a refreshing and emotionally compelling take on the subjects of death and murder, subjects Hollywood has numbed us to.

Much of the film’s success lies in its believability and our ability to connect with and relate to its social setting. The narrative follows the life of Jorge, a modest forest guard, an ordinary man with an ordinary life. The normality of Jorge’s life is brought to an abrupt end one night when he is humiliatingly mugged by local, small-time thugs, headed by chief antagonist, the brutish Kalule. Jorgito, Jorge’s son, later attempts to retrieve the stolen goods only to receive a non-fatal dose of lead from the gun of Kalule in return. Kalule is then sentenced to eighteen months in prison for attempted murder whilst Jorgito is hospitalised for an extended period.

The action then abruptly jumps forward two years later; Kalule is a free man and Jorge a single man, having separated from his wife. Kalule makes good on his threats of violence against Jorge and his family, violence that increases in severity, eventually culminating in the attempted rape of Jorge’s teenage daughter. This proves to be the breaking point of the withdrawn protagonist, whose frustration with a seemingly indifferent and bureaucratically bogged-down police force and legal system, forces him to take the law into his own hands in search of justice.

Though dialogue is sparse, Almendras has crafted a wholly believable and authentic protagonist in Jorge, one who we feel immediately compelled to sympathise and empathise with, feelings invoked primarily by his vulnerability, which is articulated in a medical, as well as a social and emotional, context.

Jorge is diabetic and his insulin pen is a recurring motif within the film. Not only does it serve as a visual reminder of his weakness and vulnerability, it is the object Kalule initially steals off him that triggers the forest guard’s descent into chaos. Jorge’s medical condition gives his psychological struggles a very physical dimension throughout the film, something Almendras himself admitted was a deliberate inclusion: he wanted “even his body to tell him what he was doing was wrong”.

Additionally, the diabetes underpins a sense of distress and helplessness; the insulin needle pricks at Jorge’s skin just as murder pricks at his conscience.

Almendras builds Jorge up to be a well-meaning and self-effacing individual, an honest man with an honest cause. He is merely trying to support his family and ultimately, to survive. Survival, like the act of killing, is primal and animalistic; it is, as Almendras would say, ‘something biological’ and is an underpinning theme of the film.

On the surface, Matar A Un Hombre is one man’s battle for survival against another’s, a battle in which many other primal emotions are expressed, namely pride. Kalule is seeking vengeance after his incarceration and Jorge is trying to redeem his family’s pride and security after the ultimate degradation, the sexual assault of his daughter.

For this reason, it would be a devastating simplification to say that the forest acts as a mere backdrop as it is not just a physical setting, it is a psychological one too, a metaphor for Jorge’s solitude, his angst, his torment; the towering trees obscure the light and the clarity and normality of day, condemning him to the opaque obscurity of night, the canvas upon which the madness and loneliness that darkness brings is painted. He is lost, trapped, in the forest of his mind, a psychological abyss. Over half the film was shot at night to give it this haunting quality and to instil this overriding sense of solitude and moral obscurity.

The forest sets the tone of the film right from the rise of the metaphorical curtains. The opening shot is rather theatrical in its composition, accentuating the contemporary tragedy feel of the film. The forest is drowned in darkness by forbidding, towering trees that dominate the foreground. This darkness reigns but for a near-ecclesiastical ray of sunlight piercing the background that acts as a natural spotlight shining on the protagonist as he enters the scene. The darkness of this already unnerving setting is punctuated by Pablo Vergara’s sinister scoring: long, drawn-out measures of murky, breathy woodwind (slow and considered, reflective of the distressed mind of our psychologically tormented anti-hero) crescendo above a drone of strings, their unsettling atonality accenting a sense of eeriness and disquiet, paving the way and preparing us for the imminent tragedy. Music, as with dialogue, is sparsely used, thus making the moments in which it is used all the more impacting.

In short, Matar A Un Hombre is a triumph of Chilean cinema. Almendras’ film is so impacting and refreshing primarily because we live in an age where mainstream cinema depicts James Bond and Jason Bourne inconsequentially gunning down hundreds of faceless post-Soviet henchman within the space of two hours, suspending our human conscience. Hollywood has normalised this emotionless slaughter as a standard cinematic motif, a type of parallel reality. Rarely do we slip into a state of wonder and consider the idea that these depersonalised, objectified henchman are technically sentient individuals.

However, more significantly, Matar A Un Hombre is such a socially and cinematically important work because Almendras’ homeland of Chile is a country still trying to come to terms with death, murder and loss, almost forty-three years after Pinochet came to power under a military coup whose legacy was defined by murder and forced disappearances. When human life is treated with such disregard, when human beings are treated as expendable statistics rather than sentient individuals, the exploration of murder and death in the context of the individual is essential to the rebuilding of Chilean society and democratic values from the rubble of the dictatorship and its legacy.

For these reasons, Almendras’ highly individualised and relatable, psychological exploration of murder and death makes the film essential viewing for us all, to remind us of the true, human nature of death and the true, human consequences of murder, away from the glorified gore that characterises modern cinema, and the dehumanisation that often informs dictatorial atrocities.

The film ends by telling us it was based on a true story, forcing us to reflect on the action, psychology and characters in a non-narrative context, and leaving us feeling all the more empty and unsettled. The true story it is based on, says Almendras, is an interview of a Chilean man, imprisoned for killing his family’s antagonist. The interviewer asked the man: “Would you do everything the same way if you could go back in time to the moment you killed him?” to which the man replied, without hesitation: “No. Because you don’t know what it is to kill a man”.

Although we will (hopefully) never truly know what ‘it is’ to kill a man, through the story of Jorge, Almendras has given us what feels like a harrowingly plausible and authentic amuse-bouche of the act of murder and the psychology behind it.

Matar A Un Hombre will be screening in Manchester this April as part of the ¡Viva! Spanish & Latin American Festival 2016.