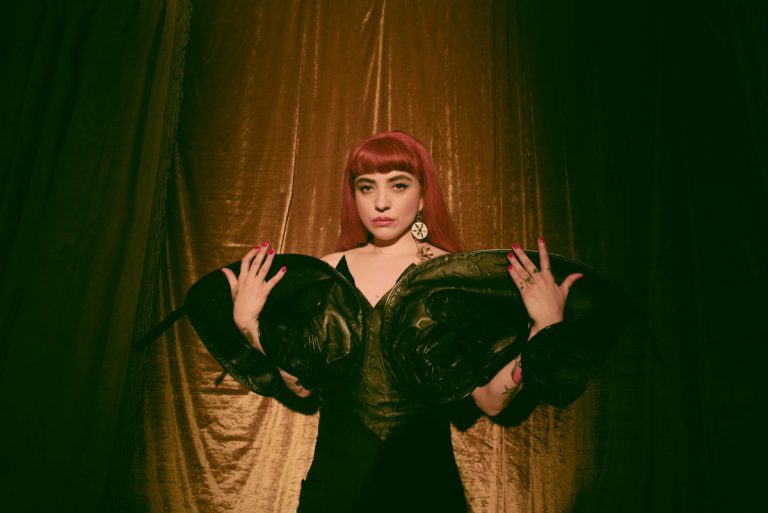 Born in Chile and resident of Mexico for fifteen years, Mon Laferte has the potential to understand the musical multiplicities of Latin America. This is something she does on her latest album, Seis, an affecting abstraction of music from a place: Tepoztlán (her home), and a state of being that could be described as contemplative, and doubtless affected by the pandemic.

Mon Laferte defines her musical process as a constant experience of change. She relates her work with the way in which we, as children, used to imagine our individual playground.

Mon says: “Each album is an opportunity to experiment, play and relish. These are very important elements when it comes to my work. I have to withdraw the weight of expecting a life-changing masterpiece, and enjoy and appreciate the process of creating music. I always have to remind myself that the act of making music is an amusement.”

She talked to me about how she would listen to the local radio station Radio Tepoztlán, and Norteño music duo Carlos y José while sat in her car on the driveway, trying to escape confinement; music becoming a way for her to find respite from the lack of social contact during quarantine.

So how did the space that she currently inhabits underscore the process of composing music for Seis? “The space that I physically occupy has a huge influence on what I create”, replies Laferte. “I wrote previous albums having lived in Mexico, but they were written in the city whilst exchanging with friends and colleagues, going to live shows, being on tour, so in the end, it had a lot of ‘city information’ sort of speak. [She pauses]. I wrote the current album during quarantine, in the beautiful town of Tepoztlán. When I needed to get out for some air, I would listen to music from far away. Traditional Mexican music, you know? Playing at a very faint distance. banda music; norteña music. In that moment, it was the soundtrack to my experience.”

On Seis Laferte re-interprets the core of Mexican might through the sounds of national folkloric icons Toña la Negra and Chavela Vargas, but there were other influences at play too. She continues: “A lot of what Seis is, has to do with the fact of the physical space I was in and the lingering outcome [of inhabiting that space], but a lot of the songs aren’t necessarily traditionally related to the place. There are songs that are of the ‘other kind of folklore’. The type of folklore of romantic music like José José, that is also heard through towns.”

For Laferte, this was not an excavation of Mexican roots, her sources were learned through the radio, passed around the neighbourhood, heard on the bus. She has embraced a language created by a place and her position within that space, with its people, its environment, and all other interactions within that ecosystem.

I am always curious to know how artists conceive their narratives of identity; where they come from; and so I ask Laferte what were the guiding voices behind Seis. “I would describe [its identity] as melancholic. As a matter of fact, I recognize this as the guiding thread of all songs (of Seis). [And] there is one in particular that is very beautiful, my favourite song, and I say ‘beautiful’ because there are other songs I like for specific reasons, but this song I want to label as ‘beautiful’ is the song “Amado Mío”. At first it might seem as if the words to the song invoke a perfect love scene, when in truth, it is a very melancholic song. The voice of the album is very close to that of resignation, and I feel that it also has an apocalyptic halo. The sensations I had while in confinement are somehow present in my latest music.”

It is inevitable for me to consider how her creative process comes from a specific sort of aesthetics; a result of being politically aware and artistically active. The way in which she conceives and experiences the world, and how it manifests itself in the music she writes and plays.

Her song, “Se Me Va a Quemar El Corazón” (which was released in two separate versions as singles), is a song that generates lamentation, a feeling of solitude magnified by quarantine, and that is imbued within Seis, as she explains: “The impact on the human body of being unable to meet up with people. The estrangement from the world affected me terribly. I’m very sensorial, I like to talk, sing, and see people. That’s the sentiment of Seis.”

I believe it’s essential to recognise Mon’s latest work as sensorial, for its sensitiveness. It’s a work of affection, that comes from a place, a playground, out of confinement; and the sounds, smells, colours and textures those environments bring. For that reason I propose to Mon that it should be considered a body, an empowered work, that feels absolutely comfortable in its own skin.