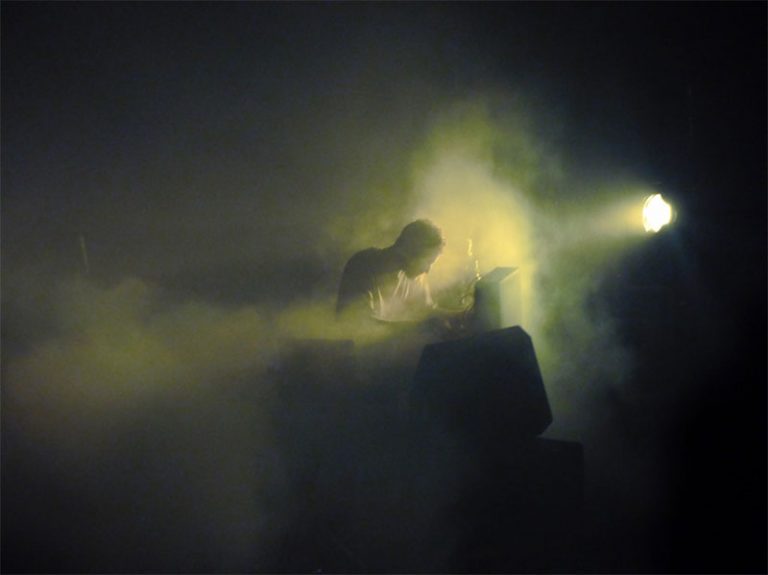 Nicolas Jaar is touring his new album Sirens, a dark and menacing auditory experience that cements Jaar as a reputable and innovative electronic composer. Catching Jaar live is a treat which combines the audio with the visual, stimulating all senses with deafening bass and strobe lights that capture the smoke emanating from the stage, creating illusionary and hypnotic effects. The Chilean-American DJ is an enigmatic presence throughout, his silhouette barely visible as he switches between keys, saxophone, microphone and the decks. His face is never clearly seen.

This show is not about the man on the stage – it is about you as part of the experience Jaar is creating. This is not just a gig to dance along to – Jaar drastically slows his rhythms to deliberately cull the momentum he spends so long crafting. There is a sense of unpredictability and mania which reflects the themes he explores in his album, from the slower, quieter moments of baffling incomprehensible soundscapes to the bomb-like bass drops that shake the room and frenzy the crowd. 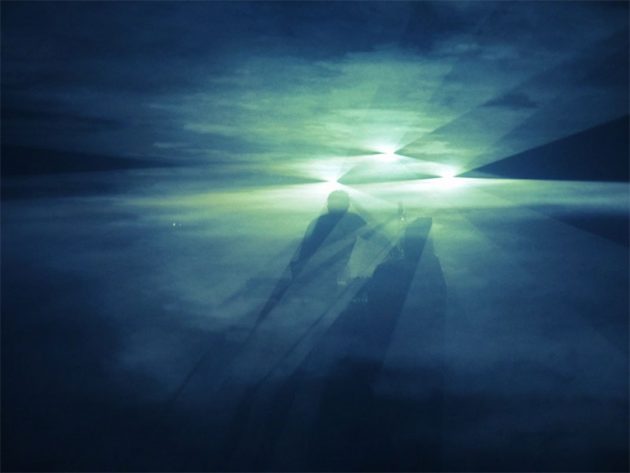 “Three Stages of Nazareth” is a haunting track emblematic of Sirens. It stands out in his live show, its demonic synths speeding up as Jaar sings in an emotionless, whispering tone “He said morality is dead on that side / It’s been thrown on the ground on this side” and later “I found my broken bones on the side of the road.” Red lights flash across the stage. Jaar himself has alluded to the political themes of the album, “I feel an affinity with the political aspect of dance music—maybe it can increasingly become a place of protest”, he told Pitchfork. He has also mentioned how the time that he spent in Chile, visiting Museo de Memoria (a museum dedicated to the victims of the Pinochet dictatorship) and talking to family and friends of his parents (artists who fled during the dictatorship) have shaped the mood of the album.

Whether the material on Sirens is directly related to his reflections on that time, or if it rather serves as a protest to current day crises, the album is unsettling and the live show which accompanies it somewhat harrowing.

It is not all darkness, though, lighter moments can be found in set opener, the chilled-funk track “El Bandido”, and encore “Time For Us”.

You will dance – but you will also think, and leave the show trying to make sense of it all.

For details of forthcoming shows see nicolasjaar.net. Sirens is available from Other People.