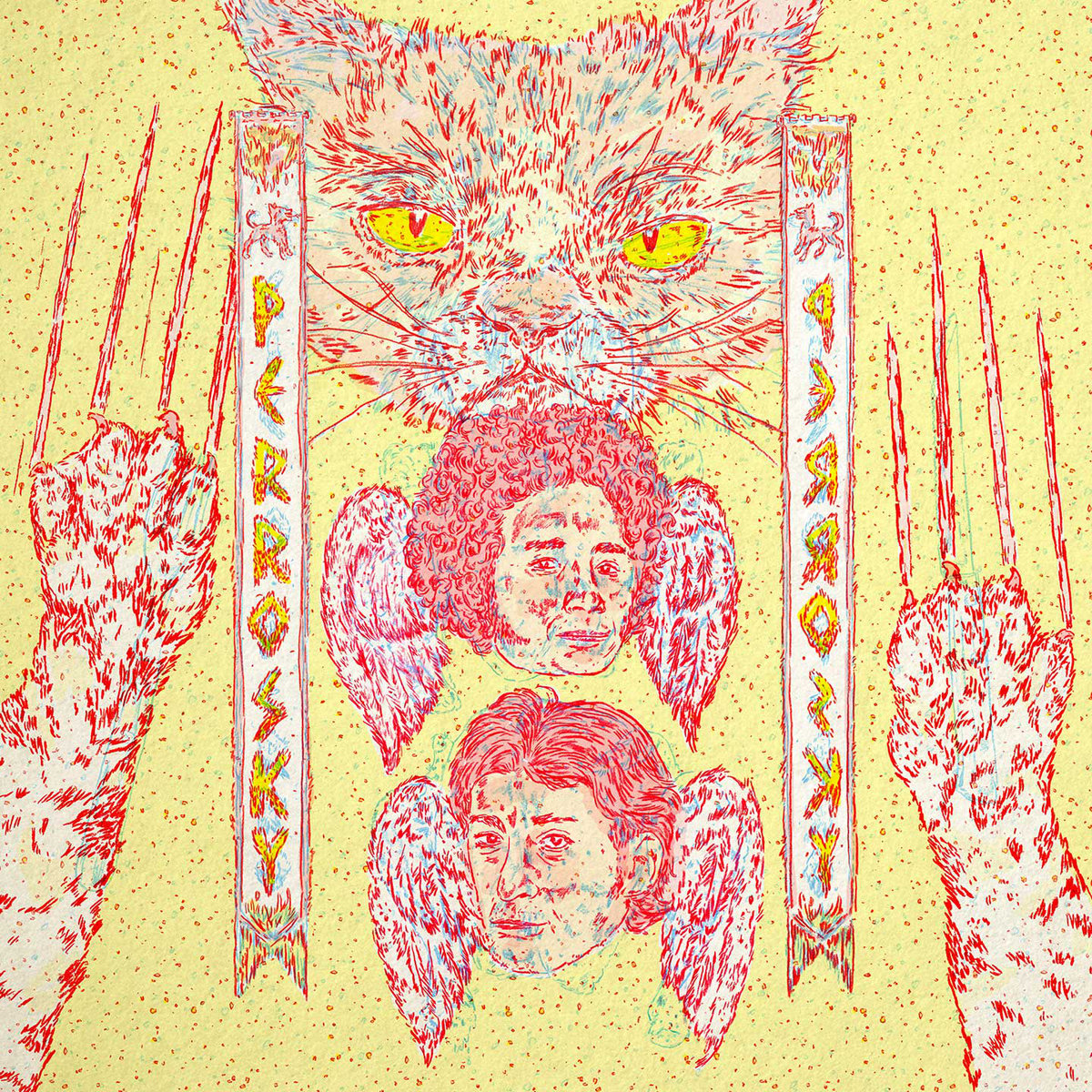 Fifteen years after first forming, Chilean garage blues duo Perrosky have delivered their best work to date. The modus operandi of the band has always been clear. This is music influenced by American Blues, by RL Burnside, Jon Spencer Blues Explosion, Hound Dog Taylor, early Black Keys and Bo Diddley. With Alejandro Gómez on guitar and vocals, and his brother Álvaro on drums, it is also music that sticks to the simple two-man blues format. On Cielo Perro they succeed by finding many variations within that formula, as well as writing some of their best melodies to date.

On “Hijos del Sol” what starts as a trembling wave of noise soon switches to angsty garage punk at its most feverish. It’s as the opposite end of the spectrum to “No Canto Mas”, a catchy country-folk ditty with echoes of Johnny Cash. They are sprinkled amidst a selection of tracks that, while channeling blues, do so in a number of different ways, from the ZZ Top grooves of “Sin Rebelión” and “Solo Blues” to the swampy delights of “Fuzz” and “T Box Blues” and on to the more refined blues-rock of “En La Via”, which is sure to evoke memories of Black Keys’ early work.

The most surprising tunes are “Adentro”, which can only be described as a beautiful waltz, and “Ali” which finishes things up with a gospel blues number. Both are exquisitely conceived and offer light amongst the big guitar riffs that punctuate so much of the album. They give breathers in an album that has been consistently surprising me ever since I first heard it a month ago. Perrosky are one of those rare finds that seem to get better with age.

Cielo Perro can be listened to and downloaded for free via Bandcamp below: