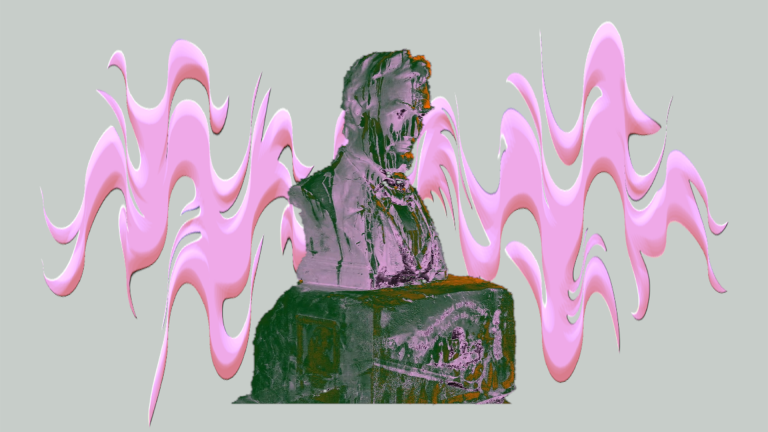 Fantasna, real name Sebastián Mella, has been active in the Santiago musical scene since 2001, playing sets on the first edition of Boiler Room, LAMC and Sonar Sound Santiago festival. In 2018 he curated a series of parties under the name Halcxn, which ended up becoming a label to showcase his work and the sounds of like-minded artists like Kamila Govorcin, Lainus and Kleine Pia.

“Guerra Imaginaria”, is the second single from his latest album Alien’s Discotheque, It was inspired by and made following the social uprising of October 2019. Motivated by what the New York Times called “widespread public anger over inequality and economic precarity”, and which the Chilean president declared as war, hence the name of the song, “Guerra Imaginaria” (“Imaginary War”), which also uses a sax sample from Sade’s “War Of The Hearts”. Today we premiere the video marking the last day of that government’s administration.

The visuals, conceptualized and directed by Argentinean visual artist Cecilia Checa, are a direct reference to the protests, showing graffiti-intervened statues that symbolize the occupation of the streets and the loss of fear over what these concrete and steel objects represent. All of the 3D models were developed by the antesdelolvido art collective, using real images from public monuments found on the streets of Santiago.