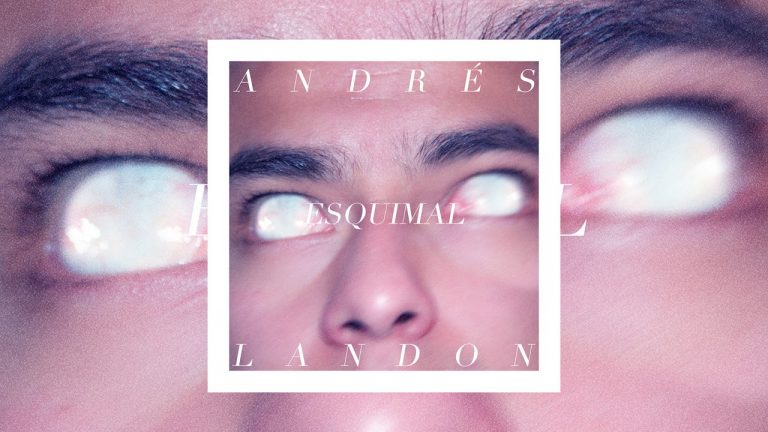 Probably not a lot of people in his homeland know about this, but Andrés Landón is one of few Chileans to own a Latin Grammy. It was earned for his production work on Mexican singer Carla Morrison’s Déjenme Llorar album, and it came as unexpected as Landón’s production skills, an intuitive process that has culminated in global recognition.

After years of developing a multi-instrumentalist approach through his production work, Andrés has begun to show his own pop sensibilities, mixing together a little bit of everything in the process: folk and electronics, jazz and rap. Just like a game or sport, the only thing that makes pop music pop, are the rules, which in music’s case means the length of the songs and the structures. The rhythms can be anything, as long as they dance along with each other.

For his latest release with Ponk Records, Esquimal, Landón is proposing a more intimate concept with an urban sound that gets deeper into his rap influences, focusing less on guitar and more on his bass playing, his instrument of choice from a long time back. The project also includes special guests; Paz Court adds backing vocals on “Chiste Malo”, Franz Mesko plays sax on “Piña Colada”, and Andrés Celis plays a keytar solo on “Dios No Existe”.

Just when you thought that Indias (his previous album) would define where Andrés Landón was heading, he has managed to turn the wheel, heading in a completely new direction.

Esquimal will be available for streaming on most digital platforms from August 17th, but you can listen to it in its entirety here first on Sounds And Colours: