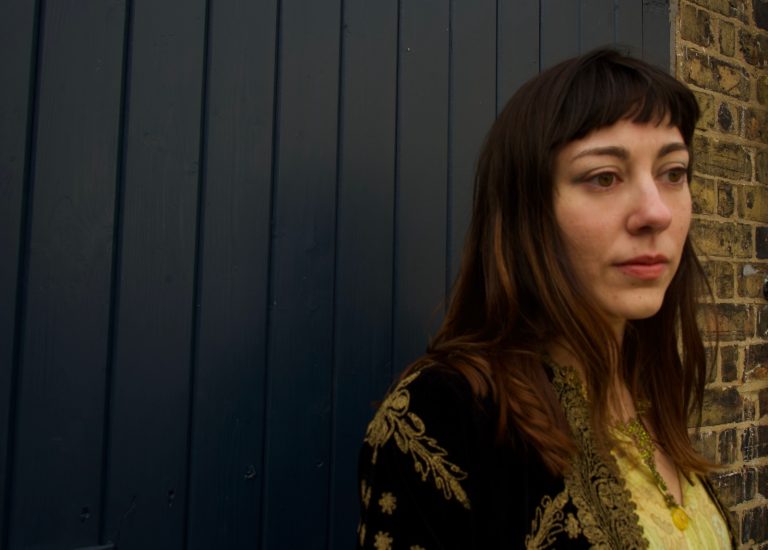 Naomi in Blue is a post-country project by British-Chilean songwriter, Naomi Larsson Piñeda. London-based Larsson wrote the song while living in Chile during the autumn of 2019, a period of intense unrest where massive protests broke out against inequality and rising costs of living. The protests stretched on for over six months, during which thousands were injured and dozens were killed by state repression. In “Para Chile”, Larsson dedicates each verse to a group affected by the protests and the violence, from the students, the teachers, and those blinded by police weapons, culminating in an address to the entire nation.

“The song was a way of processing and understanding the things I was seeing,” said Larsson. “I was incredibly affected by the human rights abuses happening.”

The song is about tragedy and loss, with the narrator lamenting the oppressed with her tears. More than 450 people were shot in the eye by police projectiles during protests — the highest ocular trauma count in the world. It’s something that Larsson intentionally brings to the forefront of the song. “There’s something very particular about the eyes being brutalized,” she said. “It’s a powerful symbol that cuts to the core of the abuses taking place and the awful experiences people had.”

The song opens with the soundscape of striking empty pots and pans of the cacerolazo, a sonic form of resistance popular in South America that sounds out discontent and rage. It’s interrupted by a jarring gunshot, which juxtaposes with the gentle entrance of maracas that inform the rhythm. Structurally, the song follows the powerful simplicity of nueva canción — a principally-Chilean genre that was especially prominent in the early years of the Pinochet dictatorship in the 1970s — which included artists such as Victor Jara and Quilapayún.

“The power of folk music is the ability to tell a story in an accessible way,” says Larsson. “La canción nueva is a form of protest and a social commentary and I wanted to explore this rich creative, cultural heritage that Chile has.”

“Song for Chile” is released days before a tight presidential race on December 19th between conservative far-right candidate Jose Antonio Kast and progressive former student leader Gabriel Boric. Larsson said Kast would be “a step backward for Chile” and she wants this song to raise awareness of what happens “when you move away from equality and stop prioritizing human rights”.