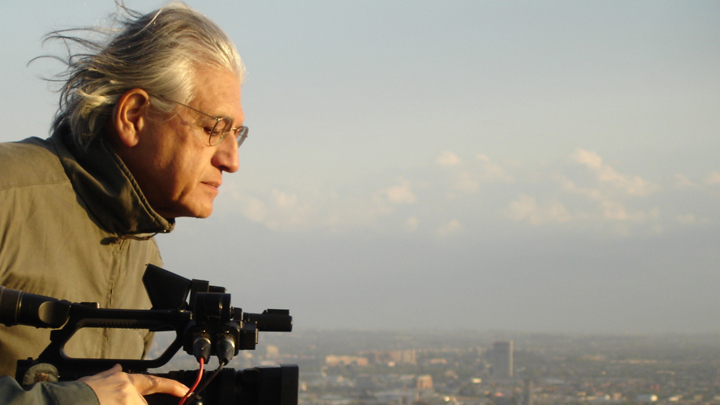 To Make A Documentary Is An Adventure: An Interview with Patricio Guzmán

Patricio Guzmán is one of Latin America’s most extraordinary filmmakers. The director of more than a dozen documentaries, his films chronicle the recent political history of his native Chile, from the democratic socialism of the early 1970s through to the overthrow of Salvador Allende’s government and the resulting 18-year dictatorship under General Augusto Pinochet.

Renowned for his trilogy The Battle of Chile, a 4 and a half hour documentation of the events leading up to the military coup d’état on September 11th 1973 that installed Pinochet in power and which was later responsible for the assassination and torture of thousands of people, The Battle of Chile won 6 prizes in Europe and Latin America, and was shown around the world. Cineaste Magazine declared it as “One of the ten best political films in the world.”

This month, the BFI launches a major retrospective of Guzmán’s work, entitled The Power of Memory. The season coincides with the theatrical release of his latest documentary Nostalgia for the Light (2010), a highly personal and unique meditation on politics, memory and the universe, that combines archaeology and astronomy together with the stories of the women searching in the desert for the remains of their loved ones, “disappeared” under Pinochet’s regime. The film was four years in the making and was rejected by 27 different TV stations in Europe before Guzmán and his producer, his wife Renate Sachse, could raise enough funds to get the project off the ground.

From his hotel in Santiago, Chile, where he was attending the International Documentary Film Festival (FIDOCS) that he founded in 1997, and currently chairs, Patricio Guzmán reflects on his motivations for making the film.

What triggered you to make Nostalgia?

I started looking for a place where there was more past than present. That place was the Atacama desert in Chile. It’s a place where there’s no vegetation, no insects. There’s pretty much nothing there. But still, it’s a place that’s full of the traces of the past. There are nitrate salt mines from the 19th century that were built by the British and abandoned 200 years ago, mines from other minerals too, also abandoned and train tracks that don’t lead anywhere, and petrified animals. There are the bones of the political prisoners Pinochet disappeared, and the enormous astronomy observatories that look over the desert.

Through the desert, I brought together the stories of the archaeologists and the 10,000 year-old mummies, the astronomers, and the women searching for their loved ones for these past 25 years. With those three elements I managed to tell a story that is a homage to those women, but at the same time which is also a philosophical reflection on the past. That’s basically what inspired me to make the film.

How did you find the people that you interviewed in the film?

Firstly, I started writing about the film in a purely theoretical way. The second step was to go to the desert to see if what I had imagined was true. And then the third step was to find the characters that could say what I had imagined. I spoke to 10 women in Calama and I interviewed some 25 astronomers but only ended up with one because he was the only one who could interpret that what he did as an astronomer was similar to what the women were doing. I never try to take characters to a terrain that is convenient for me, or try and push people but I interview a lot of people to see if any one of them is able to say something similar to what I would like.

What was the hardest part of making the film?

The hardest part was obtaining financial support for the film. The project was rejected by 27 different TV stations in Europe. It was rejected by all the TV channels in France, by 4 channels in Holland, 2 in Finland, one in Belgium, one in Switzerland and also one in the US. Nobody understood the idea and it took us 4 years of work with my wife (who is also the film’s producer) to make it happen.

Did you approach any TV stations in Latin America to help fund the film?

There’s not a single TV station in Latin America who is prepared to finance this kind of product. The only channel that I know is Canal Encuentro, the magnificent cultural channel in Argentina, but they don’t have the budgets to invest in this type of film.

Has the film been seen in Latin America?

In Chile Nostalgia was seen by 6,000 people on 10 screens. In Argentina, there was some interest in the film but they wanted the film for practically nothing. Overall film distribution in Latin America is very bad. Our distributors and exhibitors are very old-fashioned, uncultured people who are used to distributing only Hollywood films. When they’re confronted by a film from Turkey, Syria or the Baltic States they have no idea where those countries are. And these people own the cinemas and have been the film industry on our continent for the last 50 years.

The visual imagery in Nostalgia is incredible. Tell me a little bit about the aesthetics behind the film.

The desert is a beautiful place that has many faces, many types of light, and a night sky that is simply stunning. You only have to choose how to use your camera. I worked with Katell Djian, a French director of photography, who is very well known and worked with Nicolas Philibert, so I was sure that things would turn out well.

Did you know exactly where the film would go before you started the shoot?

I write a lot before I make a film. It’s very important to me. To make a documentary is an adventure, and I never know exactly what will happen. To give you an example: I bought a book about asteroids and I realised that they were very similar to bones. They are porous and they seem like bones travelling through the nothingness. I went to the Medical Services in Santiago and filmed pieces of bone from the political prisoners who were disappeared. Up to there it was all theory. I filmed it and it turned out well. What I didn’t know was that in an observatory I was going to meet an American called George Preston who for the last 60 years has been obsessed with looking at constellations that have calcium. And that’s the amazing thing about working with documentary, when you’re inside a subject, you start to discover the unexpected, other doors start to open and they give more consistency to the writing. But both things help.

You once said: “A country without documentary films is like a family without a photo album.” How do you view your responsibility as a documenter of Chile’s history?

I think the most important thing is to work on is the subject of memory. It’s crucial that people don’t forget the victims, and at the same time know that the majority of the perpetrators of Pinochet’s regime still walk the streets. It’s a way of stating that history has to be analyzed because otherwise another 20 years will go by and history will repeat itself and the experience will have been for nothing.

I recently bought a guidebook in Germany, just a straightforward tourist guide on Chile. And that German guidebook had more information about Pinochet’s dictatorship than the school textbooks that children use in Chile. That was incredible to me, and also very sad.

Chile was the principal country to put into practice the transition to economic neo-liberalism. The transition was made with the Chicago Boys who tried to turn the country into a market, and make the Chileans forget their past and everything that had happened. Forget the whole social movement in Chile, forget Allende, wipe out the tortures that Pinochet practiced, and by they end had put on top of the country that was, another country, completely neoliberal which continues until this day. All the governments as a result have practiced a neoliberal economic policy and only now do the youth in Chile realise how they’ve been deceived. It’s terrible. It’s a country with enormous prestige to the outside world, but beneath that veneer there is a huge part of the population who live below the poverty line.

How do you see the future of Latin American film?

I think there’s an enormous creative process happening in Latin American cinema right now, both in documentary and narrative. Our films are present at the most important festivals in the world, such as Cannes, Berlin, Venice and Toronto. Unfortunately none of those films are so easily accessible in their own country.

I think one of the most urgent things that need to be done is that film schools in Latin America should teach students how to distribute and exhibit films because that is our great Achilles heel. The governments in Latin America need to invest in promoting their own cinema.

Nostalgia for the Light is in UK cinemas from Friday 13th July. Details of the screenings can be found here