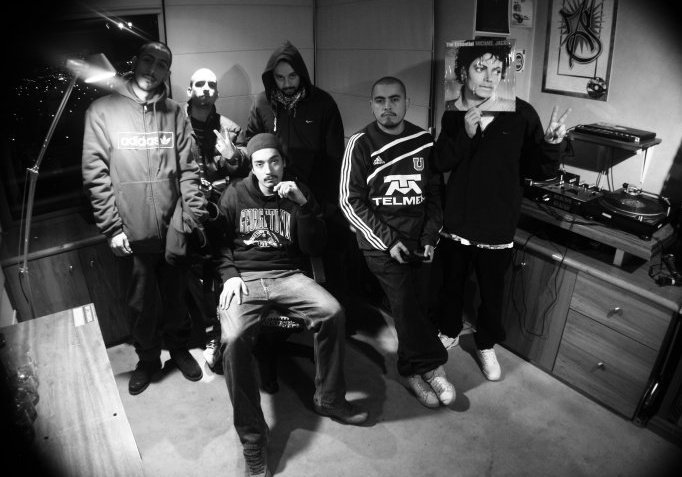 David Bugueño is a designer and music obsessive from Santiago, Chile. He’s also one of the guys behind the incredible record label, Sello Regional, responsible for putting out some of the finest electronic music being made in Latin America. Recently when S&C spoke to David the conversation turned to rap, one of his musical obsessions, and so we asked David to pick out 10 of his favourite Chilean rap tracks. Without further ado, here are the 10 tracks that David chose, with emphasis on albums released in the last five years (2009-2014):

Jonas Sanche & Hordatoj feat DJ Mataskaupas “Be Proud” (2013)
“Be Proud” is a design project looking to represent the boroughs of Santiago, bringing them streetwear like caps and t-shirts. This is the first, but certainly not the last, musical clash between Jonas Sanche and frequent Ana Tijoux colaborator Hordatoj.

Brous One feat Bufalo Dit & DJ GSO “Aférrate” (2014)
One of the few albums with Chilean rap that you can grab on vinyl. Beatmaker Brous One moved from Santiago to Saarbrücken, so Beats, Beers & BBQ is an international affair with rappers from Germany to Chile and even colaborations by Prince Po and Declaime.

Gen feat Motivado & Geoslide “Juego” (2009)
Dilema Industria is the key to experimental rap from Santiago. Being MC in FDA alongside Koala Contreras (Como Asesinar A Felipes), Gen knows how to spit deep lyrics on top of production by the now iconic Geoslide (R.I.P.) and Motivado from Discos Pegaos label.

Pedrito Mugre “Martes 13” (2014)
Starting from a different perspective, Pedrito Mugre draws inspiration from classic boom bap of 90s old school rap. This comes in handy when you think of the concept for the release, the first rap EP by the experimental beats label, Future Frequencies.

Ender feat Monge “Juan Pinto Paredes” (2013)
In Chile, underground rap is “really” underground. So when you think of the people involved in the movement, the majority of the audiences and performers are from the working class boroughs. Pedro Aguirre Cerda is one of those boroughs and Ender represents it.
[soundcloud url=”https://api.soundcloud.com/tracks/107419078″ params=”auto_play=false&hide_related=false&show_comments=true&show_user=true&show_reposts=false&visual=true” width=”100%” height=”450″ iframe=”true” /]

Portavoz feat Stailok “Otro Chile” (2012)
Member of Salvaje Decibel, Portavoz is the political voice of rap. Escribo Rap Con R De Revolución was one of the best rap albums of 2012, taking him to the spotlight. He was part of the Lollapalooza Chile 2014 line-up, reviving the old Chilean rap discussion, “should it reach a larger audience or stay where it is on the streets?”