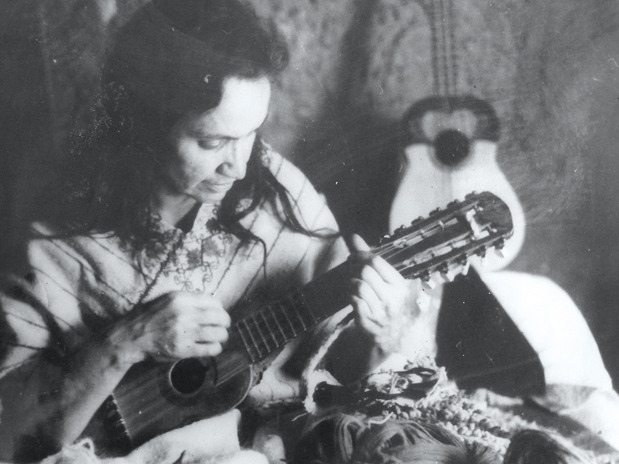 Top 10 Songs by Violeta Parra That You Need to Know

What can I say about Violeta Parra that has not been extensively documented in the books of Chilean scholars and in the songs of the artists she has influenced? Parra was affectionately known as La Viola by many. A folk singer, poet, artist, ethnomusicologist, among a great deal of other things, La Viola was a leading figure of the Nueva Cancion (New Song) movement that swept across Latin America during the 1960s.

Before her unfortunate suicide — a culmination of heartbreak and years of untreated depression — La Viola created art that was exhibited in the Louvre, travelled across Chile and recorded the folk songs of its inhabitants. Nano Stern, Manuel Garcia, and Pascuala Ilabaca among dozens of other Chilean musicians credit La Viola as a source of inspiration due to her political concerns and powerful compositions. Violeta Parra’s life embodied so many passions, I only hope that this top 10 list can serve as an introduction to some of her most important and timeless recordings.

“Gracias a La Vida” is without a doubt La Viola’s most well known song. The track is ominously produced with her vocals backed by a solitary charango and the beating of a drum. While the lyrics appear to celebrate life, the song’s tone has often been interpreted to reflect Parra’s worsening depression and embrace of death — she killed herself just under a year after the recording.

The themes of love and loss preoccupy many of La Viola’s later recordings. In “Volver a los 17,” Parra explores how her relationship feels like she is 17 years old again — both the passions experienced by late adolescence and the fragility of those emotions and moments. The song’s cueca breakdown in each chorus also represent the late singer’s connection to the music of her beloved Chile.

Like many of her Nueva Cancion contemporaries, Parra’s music constantly confronted the harsh political realities that existed in Chile years before Pinochet’s infamous dictatorship. “The hungry ask for bread / the militias give them bullets,” sings out Parra as she echoes the social injustices prevalent in Chile due to the foreign demand for the country’s resources and the control over said resources by foreign investors.

Another song that echoes La Viola’s concern for love and affection, “Run Run Se Fue Pal Norte” is a lament about her Swiss lover Gilbert Favre. His decision to leave Chile and break up with Parra inspired this lyrically grim composition. “Run Run Se Fue Pal Norte” is an incredibly attuned exploration of the grief that manifests itself after a loss and the way our hearts continue to travel with those who are already long gone.

In “Arauco Tiene Una Pena,” Parra continues to exercise sociopolitical commentary by singing about the indigenous populations of Chile — particularly the Mapuche who inhabit the region of Arauco. La Viola grieves the oppression of the Mapuche who were first exploited by Spanish Conquistadors and now confront similar marginalization at the hands of the Chilean population at large.

A rhythmically driven duet sang alongside Alberto Zapicán, “Maldigo del Alto Cielo” is a nihilistic composition shrouded in angst. Lyrically, the song curses all the very same things Parra celebrated in “Gracias a La Vida.” This time, her pain is not hidden within ghostly production. She explicitly pinpoints Favre’s desertion and betrayal as the source of her discontent and malaise.

In Parra’s later compositions there appeared an obsession with death, emptiness, and rebirth. In “Rin del Angelito,” La Viola explores these themes all from the backdrop of religion and nature. The song is not an affirmation of Parra’s belief in the afterlife, but rather a rumination about the metaphorical space the dead continue to occupy — both positively and negatively — after their unfortunate departure.

A brilliantly written track, “La Jardinera” presents to us La Viola as a gardener who wants to forget her lover by burying both him and the memories he inspires in the dirt. As this gardener of unrequited love, Parra has the flowers that grow over the memories she has buried as both companions to her loneliness and as the decorations for the future funeral of the one who betrayed her.

Many of La Viola’s recordings celebrate both song and voice. In “Pupila de Aguila,” another duet with Zapicán, the late songwriter once again explores sociopolitical themes and the role of singers and artists in inspiring societal change. The bird that visits Parra was once a prisoner of some deadly cage and by the song’s conclusion is a prisoner again. What frees the bird? The jewel it leaves behind that inspires singers and poets alike to compose. The recording is a reflection on how the struggle of oppressed communities for justice inspires the productions of artists and how these works turn back around and influence the very groups that sparked them.

Including “La Exiliada del Sur” in this list might be considered cheating since Parra never actually recorded herself singing this composition leaving behind only the words. Sang by legendary Chilean groups like Inti-Illimani and, more recently, Los Bunkers, “La Exiliada del Sur” is a beautiful poem that showcases Parra’s physical and spiritual connection to Chile’s southern region. With each individual visit to a particular town or village La Viola leaves behind a piece of herself — an eye, her right arm, and, among many others, her own blood. Although we will never be able to hear her sing the words, “La Exiliada del Sur” reminds us that in music, poem, and painting alike, Parra not only reflected Chile — she embodied it.

So this is an ode to La Viola, a bright and brilliant artist who poured her heart into her music.