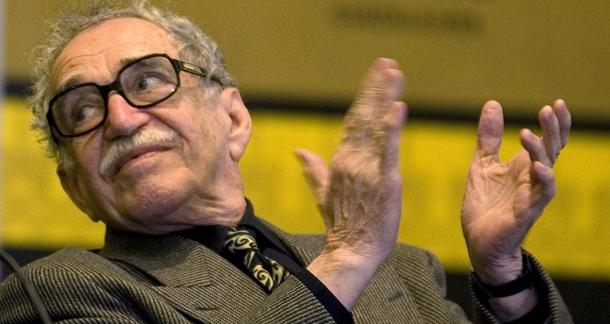 Known as Gabo throughout Latin America, the late Colombian novelist Gabriel García Márquez is among the 20th century’s most significant writers. An award-winning novelist, short-story writer, screenwriter and journalist, there is no shortage of his works. But for those unfamiliar with García Márquez’s fantastical novels, where to begin?

García Márquez was a member of the group known as the “Boom” generation, says Cynthia Vich, associate professor of Spanish and comparative literature at Fordham University in New York City. “The ‘boom’ period was a particular moment in the 60s when Latin American literature became highly visible in the rest of the western world,” she explains. “It was a best-selling publishing phenomenon which resulted in García Márquez and other boom writers being translated into many languages. As a result, many of the mainstream ideas of what Latin America was to foreign eyes were formed through the reading of the ‘boom’ generation’s works.”

García Márquez became the most popular writer of ‘magical realism,’ a genre Vich says was coined in the 1960s. In addition to having a strong influence on several authors from later generations, such as Chilean/American writer Isabel Allende, García Márquez’s mastery of the aesthetic style garnered him the Nobel Prize for Literature in 1982.

For a suggested reading list of García Márquez’s books, I consulted with Maria Palacio, a bilingual senior librarian for the Lee County Library System in Fort Myers, Florida. Palacio, a Colombian American who travels to the country often, counts herself among García Márquez’s biggest fans.

“While walking through narrow cobble stoned streets in Cartagena’s historic centro or gawking at the front door of La Cueva in Barranquilla, or just passing through the dusty towns and villages near Aracataca where Gabo spent his early years and reading his works, one can appreciate the places that shaped the Nobel Prize winner’s life and put him, his magic realism and Colombia on the literary map,” she says.

Of Love and Other Demons/Del Amor y Otros Demonios (1994)

Though not published until the mid-90s, the inspiration for this story began for García Márquez in 1949, about one year after quitting law school in the Andes and heading to his parents’ home of Cartagena, where he would start his journalism career. On a slow news day his editor sent him to the former Santa Clara convent (now a 5-star hotel) to cover the exhumation of the tombs of nobles and nuns buried under the ruins of the chapel. After looking over the bones of different dignitaries of Cartagena’s colonial period, he witnessed workers uncover the tomb of a young girl whose coppery hair emerged meter by meter from the ruins.

The scene sparked the memory of a legend Gabo’s grandmother told him about a marquesita with incredibly long hair that died at 12 and was said to have performed miracles.

In this very short book, the reader is taken step by measured step and hour by detailed hour through the events that culminate in the publicly announced murder of Santiago Nasar. (“This is a very original twist on crime fiction,” Vich says of this book. “It’s a wonderful picture of rural life and the paralysing effects of following customs without questioning.”)

In García Márquez’s most recent novel, a 90-year-old bachelor recounts how he woke up one day and decided to call his old madam Rosa Carbarcas to enlist her help in finding a young virgin as a gift to himself. “It’s themes are a departure from his classic works,” Palacio says. And because it was so highly anticipated, legend has it that a shipment of the first editions was stolen, forcing the author to change some major details, including the ending.

“Gabriel García Márquez’s Cartagena is everywhere in this
gorgeous love story which is actually surprisingly close to the story of the author’s own parents and their forbidden love,” Palacio said of the story revolving around the privileged Fermina Daza, who falls for the town telegrapher, Florentino Ariza. In this book, Gabo takes us from Cartagena to the wild town of Riohacha and other now familiar places in between as Fermina’s angry father tries to keep the two apart.

“Now that you’ve worked your way through some short yet very substantial works by Gabriel García Márquez, you are ready to read his masterpiece,” Palacio says.

This is a multi-generational saga of the Buendia family set in the mythical town of Macondo. “Many parts of this novel are actually very embellished scenes from the author’s own life growing up in the big spooky house of his maternal grandparents in Aracataca and where the ghost of one of his great aunts was a childhood playmate,” Palacio explains.

Adds Vich: “The novel is the best example of magical realism as well as the place of development of some of the most fascinating characters in Latin American literature.”

This article originally appeared in our book, Sounds and Colours Colombia.