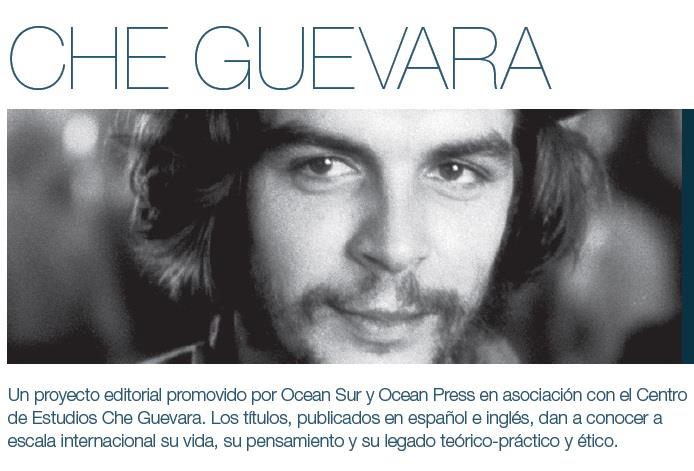 The 14th June of this year will be the eighty-fifth anniversary of the birth of Ernesto ‘Che’ Guevara, and to mark the event a series of books have been published by the excellent Ocean Sur publishing house, commemorating the life and influence of the Argentinian revolutionary. One of Che’s daughters from his relationship with Aleida March has been undertaking a promotional tour of Colombia and Chile to promote the books, as her father’s legacy continues to inspire and enthrall 46 years after his death at the hands of Bolivian security forces working at the behest of the United States.

Over the weekend of 27-28th April, Aleida Guevara March, eldest of Guevara and March’s four children, attended the International Book Fair of Bogotá, where she signed hundreds of copies of the various Ocean Sur publications devoted to her father. At the same event, her mother’s book Evocación; Mi Vida a Lado de Che (Evocation: My Life at Che’s Side) was launched, while Guevara March also visited several universities and cultural centres on the 29-30th April.

This coming weekend of the 4-6th May, Aleida Guevara March will be in the Chilean cities of Santiago and Valparaíso to take part in a series of book presentations and conferences exploring and analysing the life of Che Guevara and the influence he still casts across large swathes of political thought, particularly in Latin America. Details can be found here.

Ocean Sur is a publishing house based in Cuba, Venezuela and El Salvador whose books focus on revolutionary thought and movement throughout modern history in Latin America. As it’s website states, ‘inspired by ethnic, cultural and gender diversity, the struggles for national sovereignty, and the anti-imperialist spirit, over seven years it has developed editorial lines that spread the claims and projects of social transformation in our America.’

Since being founded in 2006, Ocean Sur has established itself as one of the Latin world’s most important left-wing editorial houses and has published books written by some of the Spanish-speaking world’s leading intellectuals and political figures, including Fidel Castro and Che himself. For anyone interested in furthering their knowledge about popular movements and social struggles in Latin America, this is one of the first places to look (although a lot of material is unfortunately not published in English) Full details of Ocean Sur’s extensive catalogue and upcoming developments are all on the publisher’s website (see link above).