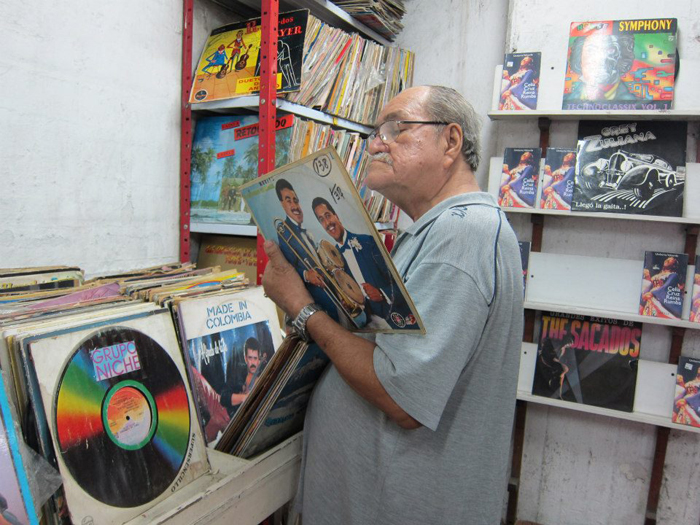 The 15th International Documentary Encounter (MIDBOG) in Bogota ended recently, following a week of cutting-edge independent filmmaking on show in the Colombian capital. The Muestra Internacional Documental, to give it its proper name, is the country’s principal festival devoted to documentary film, and traditionally opens in Bogota before touring several other cities around the country, hosting screenings, workshops and seminars on both national and international cinema.

Technological advances have allowed new generations of filmmakers to access the necessary tools to create their works, and as such festivals like MIDBOG have grown ostensibly in recent years. The 2013 event featured eighty films and was visited by over 30,000 people, highlighting again the desire for films which reflect the realities of modern society and through which audiences can interpret situations and develop their understanding of the world. In Colombia, a country with no shortage of social or cultural themes for filmmakers to address, the taste for realism is being realised by a new generation of talented cineastas.

MIDBOG aims to provide a platform to emerging documentary makers while also appealing to public interest in contemporary issues. The presence of numerous international figures from the filmmaking world further boosts the festival’s profile. It is firmly committed to the notion that documentary is a genre of, in the words of the official website, ‘enduring value’, and a ‘space for sharing ideas and projecting our work so as to better understand it.’

Four Colombian films were prominent in the national section. One of these was Irene Lema’s El Charco Azul (The Blue Pond), which centres on the rarely-used railway that connects the port city of Buenaventura to the jungle, and the communities which live along the route. The city is now much more accessible for rural inhabitants, who walk and drive cattle along tracks which seldom carry trains, while homes and shacks follow the line deep into the forest. The film looks at one particular family, whose existence is entwined with the railway that projects  an artery into their lives.

La Gorgona: Historias Fugadas (Gorgona: Stories on the Run) tells the story of the Alcatraz of Colombia, a prison built on the tropical island of Gorgona which was operational from 1959-84. Several inmates attempted to escape over the years, only to perish in the 30kms of shark-infested waters which lay between Gorgona and the mainland. Not all of them, however. Camilo Botero Jaramillo’s film recounts the penal history of the island.

A child’s perception of the world is laid out in El Bosque in mi Cuerpo (A Forest in My Body), John Ordóñez’s film about a boy going to school for the first time, who then feels disconnected from this unfamiliar environment and finds a way to express himself through music and verse. This allows his imagination to expand as he moulds his surroundings to his own image.

The increased accessiblity of modern filmmaking has conincided with a whole host of films that address their creators’ own experiences and history. It has seen many new films in which the director tells a personal story through a cinematic window. Such is the case in Mónica María Mondragón’s Nostalgia del Futuro (Yearning for the Future), which follows the director’s parents as they battle terminal illness, seeking to come to terms with their situation while delving into memory as they recall their lives.

These four films formed the backbone of the national section and the diversity of their content emphasises the ability of documentary to tell stories which originate in real life. There is little word on international releases for these films, but the strong reception they received underlines the independent characteristics of contemporary filmmaking.

There is further information, including that of the international category, on the MIDBOG website.