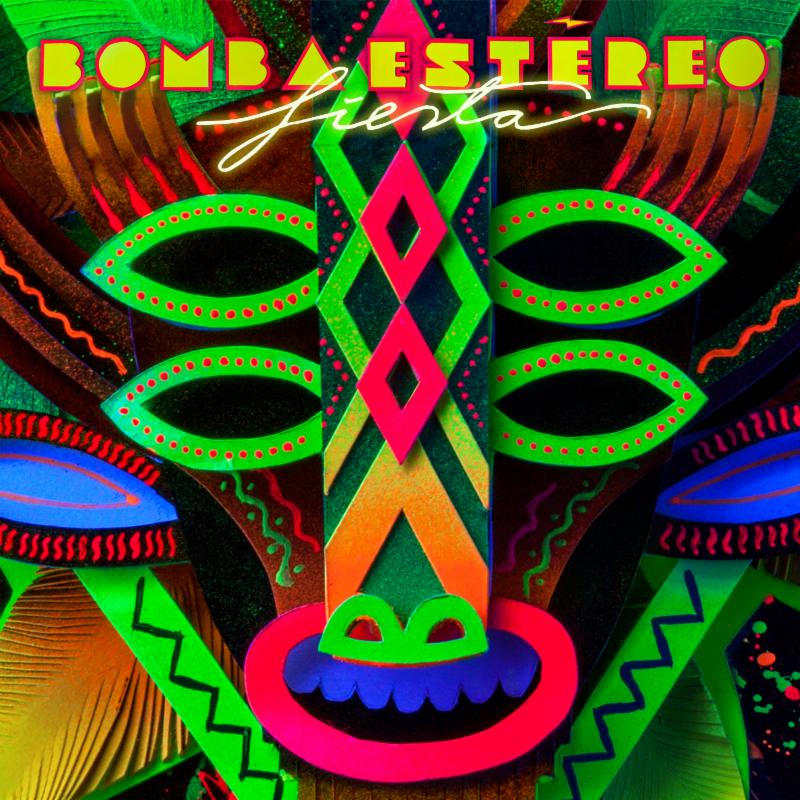 There is no doubting the intention of Bomba Estéreo on their latest single, and the first taster from their upcoming new album, “Fiesta”. With highlife guitars, carnivalesque percussion and Li Saumet’s plea that “la vida es para bailar” (life is for dancing), the track is a dancefloor smash in the making, complete with a bass-heavy, moombahton-influenced chorus.

“Fiesta” is the first track to be released from Bomba Estéreo’s upcoming new album (of which the name is currently unconfirmed), that will be released on June 2nd and is being produced by Ricky Reed of the Oakland hip-hop group Wallpaper, for what could potentially be a more rap-heavy release from the Bogotá-based group.