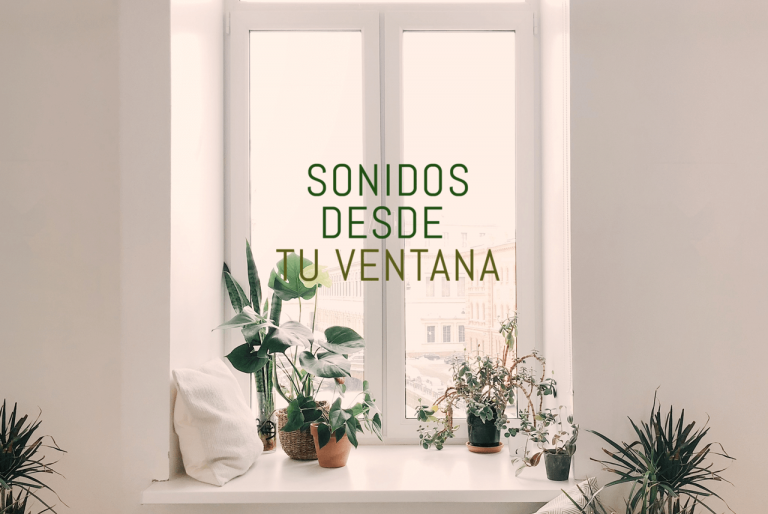 Bringing the Outside In With VozTerra: ‘Sonidos Desde Tu Ventana’

The way that we interact with nature has changed drastically under lockdown. As city mayors scramble to control how their citizens react, the wildlife, it seems, is fighting back. No more so than in the recent project from Colombian platform, Vozterra, connecting ecosystems and people through sound.

The collective was born during the 2019 Workshop to Generate Climate Change Environment Actions, held in Bogotá, during which five renowned Colombian musicians, media artists and performers – including Hector Buitrago of Aterciopelados fame – were inspired to develop a voice through which to raise awareness about making sustainable choices and caring for ecosystems in and around communities. It’s through sound that people can listen and interact with nature, through taking part in simple acts to mitigate climate change.

“We know that art is a very powerful tool, to sensitize people and regarding sound specifically it has a very profound impact. Superficially it’s a companion, it brings joy and conveys a message, in a more profound way sound penetrates our organism at a cellular level.” Buitrago comments.

It’s not only through their songs that Aterciopelados have been tackling Colombian environmental and societal issues for decades, their recent involvement in water protection network, Cantoalagua, now present in over 15 countries, recognizes the importance of water as both a life source and source of human interaction. Just take their recent track “Soñemos un Bosque” [below], filmed in Bogotá’s páramo. Both hauntingly beautiful and incredibly evocative, Buitrago (along with the other half of Aterciopelados, musician Andrea Echeverri) also included real-time recordings in the track.

This latest project Sonidos Desde Tu Ventana (literally, sounds from outside your window) is a call to action for any citizen to submit their recording, bringing them closer to the wildlife that they can hear through their window while also increasing their awareness and sensitivity to the wildlife that exists in their immediate environment. The project will then take these immersive audio recordings in ecosystems, to increase awareness of areas that are currently under threat. Part of the #MyMarkMyCity campaign from the UN Live Museum, the wider mission of the UN is to create solutions to transform life in cities around the world during the current climate crisis. Part of a digital platform, the UN hope that billions around the world will take part.

Click through to VozTerra’s page to listen to the wonderful sounds of Bogotá’s savanna and wetlands. Audio recordings can be submitted to the project via this link