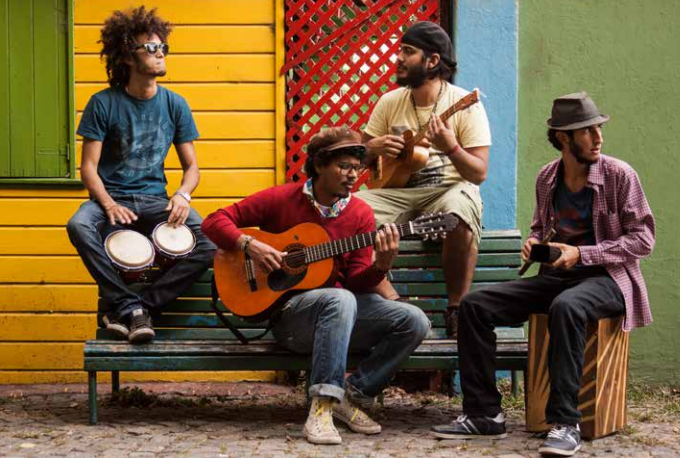 New Yorkers will get a chance to dance to some Afro-Carribbean music with elements of reggae and funk, courtesy of El Caribefunk from Cartagena, Colombia.

The quartet, who are spending a summer in Philadelphia with singer-songwriter Ryan Tennis, will debut this Saturday, July 5, in the New York City borough of Staten Island at Isla, a new monthly party put together by native Staten Islanders, Natalia Linares (the ‘artist manager, publicist, and digi-word-of-mouth-er’ known as Conrazón), and DJ Reaganomics. The party’s name is apropos for a band that will surely bring flavor from Colombia’s Caribbean coast depicted in their latest video with them:

The Isla party will also feature a new (and local) 10-piece AfroLatin Funk band, D.Y.T. (DO YOUR THING), along with DJs Reaganomics (great interview and mix by Reaganomics courtesy of our friends at Radio Mixticius here) and Dizzle.