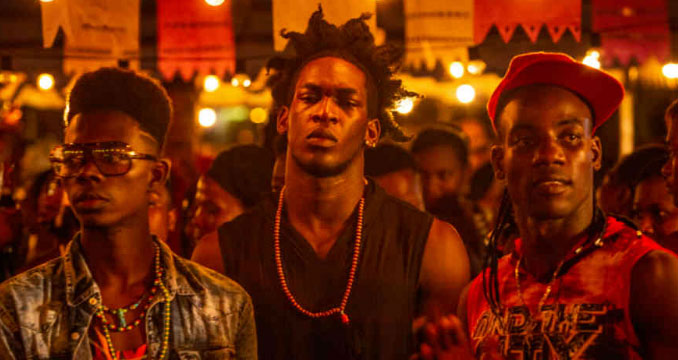 The seventh edition of the Colombian Film Festival of New York kicked off on the 27th of March  with the screening of the film Somos Calentura (We are the Heat), by Jorge Navas. Actors directors and producers from the film were on hand for the launch.

Produced by Steven Grisales and directed by Jorge Navas, Somos Calentura is a story that combines the sounds of the Colombian Pacific with Hip-hop, demonstrating the trials and talent of the young people of Buenaventura, a region that for decades has been stigmatized by violence, but which is also recognized by the joy and hope of its inhabitants who fill any stage with their enthusiasm.

The synopsis for the movie is as follows: Our protagonist, Harvey, and his three friends, local urban dancers, are constantly trying to find a way to escape their harsh reality. During a national championship of urban dance that takes place in the city, they challenge their destiny by resurfacing as warriors, finding their value in the sounds of the Pacific and the beats of Latin Hip-hop. However, their marginal life will be their biggest obstacle, they will have to decide if they change the violence for the dance and the bullets for the verse.

The casting for the film was done online in a contest format. The actor who plays Harvey, dancer Duván Arizala, says he wants to continue acting. Most of the other dancers were first time actors, as well.

The music of the film features artists exclusively from the area, such as Junior Jein, who was on hand for an opening night party in New York City, which also featured DJ Piru and DJ Navas.

Somos Calentura (We are the Heat) is available on Amazon for rental. Watch a music video by urbano artist Junior Jein below.