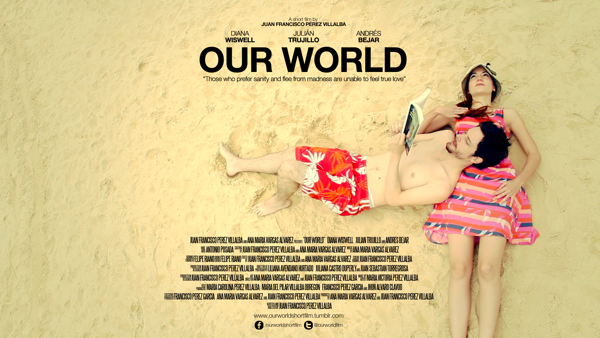 Another day, another Latin American film gets awarded at a European film festival. Colombian director Juan Perez Villalba was the winner at the recent Monfragüe Short Film Festival in the Spanish city of Cáceres. His film, Our World, depicts a romance between two inmates at a mental institution who construct their own imaginary world in which their love can unfurl.

The twelve-minute, English-language film had previously been awarded at a couple of other Colombian festivals, taking home the Teléfonica Prize for Creative Content at the Iberoamericano University Festival of Digital Content, and the award for Best Script at the Césares awards, while it was also nominated at the larger Cartegena de Indias Film Festival.

No international release date has been confirmed yet but further details can be found on the film’s website. If you’d like to get in touch with the Our World producers you can email them on [email protected]