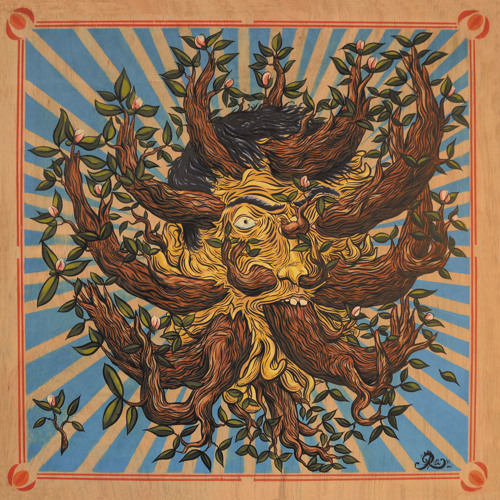 Romperayo are all set to release their second album in vinyl and digital formats via UK-based Discrepant Records. We have to be honest and say that we’ve heard a sneak peek of some of these tracks and you are all in for a treat.

Though Romperayo began as a solo project of Colombian musician Pedro Ojeda, best known as drummer for Ondatropica, Frente Cumbiero and Los Pirañas, it has since grown into an astonishing live band that I had the fortune to see in Bogotá in 2013. With Eblis Alvarez (Meridian Brothers, Frente Cumbiero, Los Pirañas) on samples and keyboards, Ricardo Gallo on piano and synths and Juan Manuel Toro on bass, as well as Ojeda on drums, it was one of the best live shows I’ve ever seen. It’s this group of musicians that feature on Romperayo’s self-titled second LP. Capable of pushing experimentation to its limits whilst never letting the groove suffer, this is a group firmly in the ‘tropical futurist’ bracket, and fans of Meridian Brothers, Los Pirañas, Ondatropica and Frente Cumbiero will likely find much to love here.

Romperayo will be released on August 28th and can be pre-ordered from Discrepant, as well as distributors across Europe, USA and Japan (see Discrepant’s distributors list for more details).