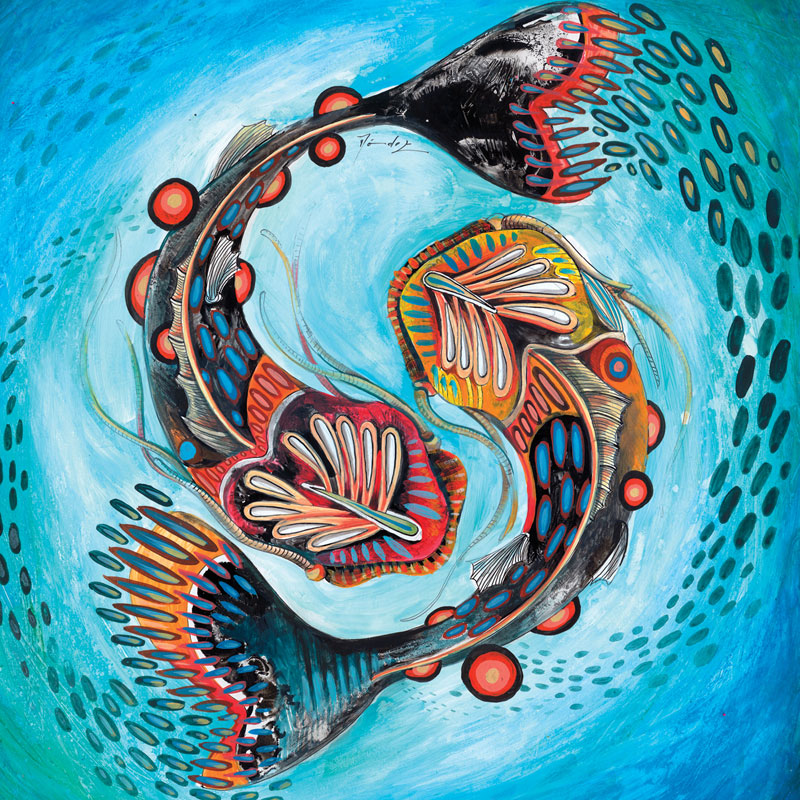 One of our favorite costeño artists/activists, Systema Solar, have debuted a new video for their track, “Yo Voy Ganao,” a single off their album, La Ravancha del Burro.

The colourful video, filmed in beautiful coastal town of Taganga, which sits above and about 10 minutes from Santa Marta, has an activist theme much like most of their lyrics and their last video for “La Rana,” which took a pro-recycling stance. “Yo Voy Ganao” is a tribute to traditional fisheries currently threatened by the tourism industry in the Caribbean region of Colombia.

“It’s one of the fundamental roots of our culture, ” Indigo, an emcee for the band told Vice Colombia.

The video features the group taking a canoe to a fishing village in Taganga, and features dozens of brightly hued fish, and children and women from the indigenous community, and even a cameo from one of their fellow costeño artists, ChocQuibTown, who happened to be in the area by coincidence.

Enjoy the gaita-infused track and video below, and keep up with Systema Solar on Facebook.