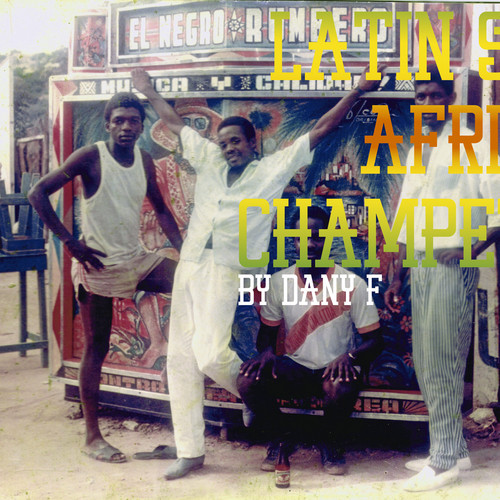 Champeta is the sound of the Afro-Colombian neighbourhoods of Cartagena, Santa Marta and Barranquilla, a heady mix of African, Colombian and Caribbean influences with the prime objective of getting people moving. At times crudely produced but never less than enthralling, the sound of champeta has slowly been getting more and more attention in Colombia and Dany F is here to shine a light on some of the classics of the genre.

Artists like Elio Boom, Anne Swing and Louis Towers were the first to release official champeta albums in the mid-90s and establish themselves as the leading names of the genre. They’re still going to this day, alongside the tremendous Charles King, but they have been joined by young pretenders like La Makina del Karibe, all of whom are featured on this mix, a great introduction to champeta.

Dany F is a young Colombian producer from Medellín, signed to Cómeme (also home to Matias Aguayo), and who has already remixed for the likes of Bomba Estéreo, Miss Bolivia, Boogat, Pernett and Masilva, as well as being featured on Isa GT’s Etoro sessions. He is undoubtedly one of the most promising dance music producers in Latin America, and one most certainly to keep an eye on. Here is his champeta mix: