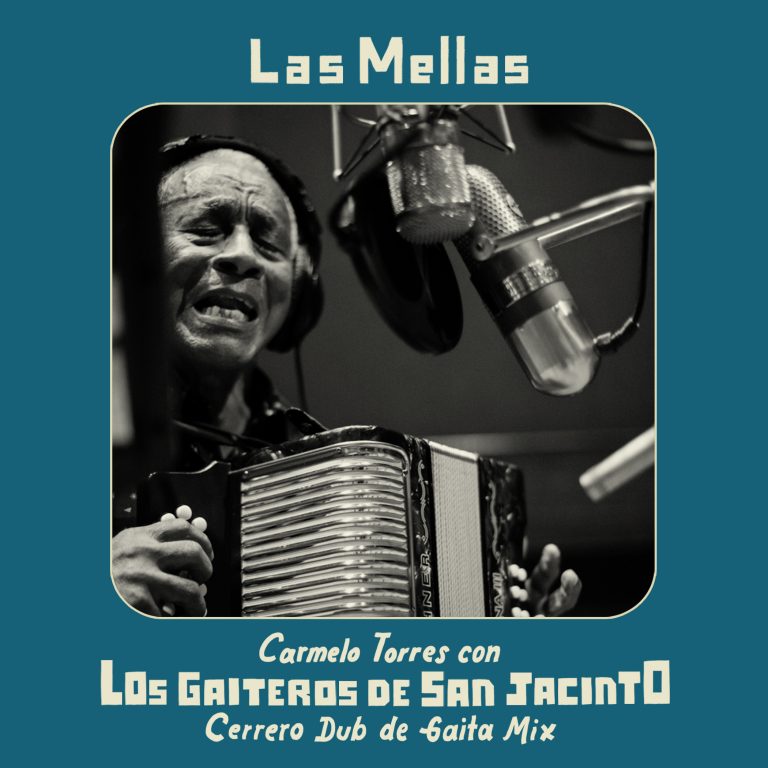 Through an enriching blend of dub production, coined in some sections as “Apoclyptic Gaita”, Llorona Records’ Diego Gomez and Dub Syndicate’s Adrian Sherwood linked up in 2014 to bring us Los Gaiteros de San Jacinto as we had we never heard them before. Through the ominously titled Fin Del Mundo trilogy of releases, that ultimately consisted an LP, the pair brought to life the mysticism of the gaita in an altogether new dub-centric form.

“Making the album with Adrian was a school of its own, getting to know and understand all of the secrets of the unique English dub sound, it was like something arriving in Colombia at that moment that seemed like it was coming from another world”, recalls Gomez of the sessions.

Now, some years later and with renewed impetus, Dub de Gaita is back and more loaded than before. Taking advantage of the recording sessions from Los Gaiteros de San Jacinto’s latest album in tribute to gaita torchbearer, Toño Garcia, Gomez has taken to the studio once more under his Cerrero moniker to mix the latest instalment of the Dub de Gaita project, using the last Gaiteros album as his prime material, with some additional guests.

“Las Mellas” features two legends of different generations. An Andrés Landero rarity which features vocals from the ‘king of cumbia sabanera’ himself, and the accordion of his student-prodigy, Carmelo Torres, who couldn’t sound more at home.

Spurred on by from what he learned in previous sessions, Gomez recalls how he benefited creatively from working with Sherwood. “Every minute of the the project [Fin Del Mundo] was a revealing experience that gave me the tools to find a sound I had always searched for. He is a great teacher and friend, Adrian Sherwood.”

Blistering accordions partner pacing bass-lines, while tambor and guacharaca punch and scratch at one another between reverb-soaked verses of Landero’s chants. Once again Cerrero has subtly pulled out the core elements to expose the root sounds that so perfectly accompany one another, while placing his own touches to harness another magical manifestation of Los Gaiteros de San Jacinto’s already enchanting sound.

Released today, we’re delighted to bring this hot-off-the-press release to Sounds and Colours readers. Check it out below: