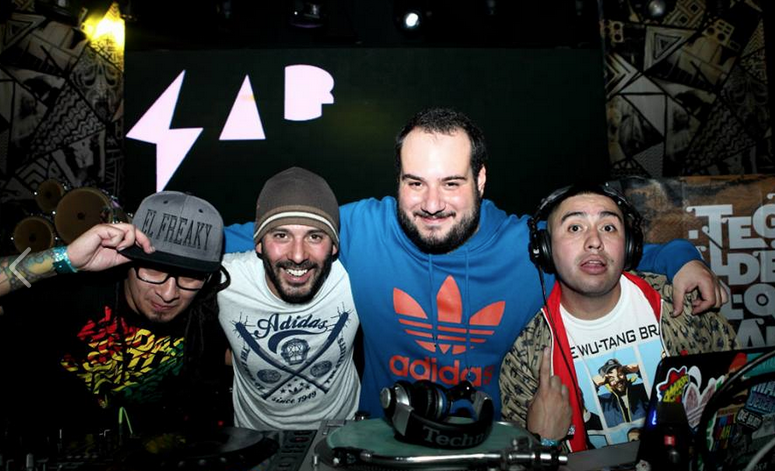 It’s not often that Sounds and Colours covers artists on the mainstream side, but a news about a couple of pop and Latin urbano/tropi-popstars headed to Colombia had to be shared.

First up, our friends from El Freaky Colectivo are no strangers to playing big concerts. Just last month, they served as DJs for a performance by Jamaican-American pop and reggae artist, Shaggy, who came to prominence in 2001 with hits such as “Angel” and “It Wasn’t Me.” See photos of the concert here via Revista El Andén. Well, on Oct. 29, El Freaky will enter the scream-tastic teen pop, pop, and R&B arena, as the only Colombian performers to open for Justin Bieber at the Nemesio Camacho stadium in Bogotá. Mexican pop singer Paty Cantú will also perform before “the Beibs” hits the stage in front of what we can only assume will be a packed stadium of Colombian “Beliebers.” Personally, I’m holding out hope that I’ll get to see photos of the Canadian teen pop sensation donning a Colombian sombrero vueltiao or dancing champeta. Hey, it could happen. After all, the pop star recently declared his love for Colombia by dropping $2 million for his very own place in Cartagena.

Moving from pop and R&B to the Latin urbano/tropical pop genre, Don Omar, the Puerto Rican reggaeton singer and actor, is set to perform at the “Don Omar Noche de Mascaras” in Bogotá y Medellín on Oct. 25 and Oct. 26, respectively. Alongside the man responsible for bringing Lucenzo’s “Danza Kuduro” to a wider audience, will be one of his newest label signees, Natti Natasha, who broke into the scene when she guested on his remixed version of Gyptian’s “Hold Ya” in 2011. The following year, she gained wider media buzz and three Latin Billboard Awards for her vocals on his breezy tropical pop single, “Dutty Love.”

I got a chance to meet the young Dominican singer recently and was impressed with her voice, ambition, and openness to musical styles from countries in Latin America and Africa, in addition to her native Dominican Republic, of course. Her first single as a solo artist on Don Omar’s Orfanato label, Makossa, is influenced by the popular music of the same name that is prevalent in urban areas of the Republic of Cameroon.

Check out the track below and follow Natti Natasha’s Facebook page for more on her travels to Colombia and more.