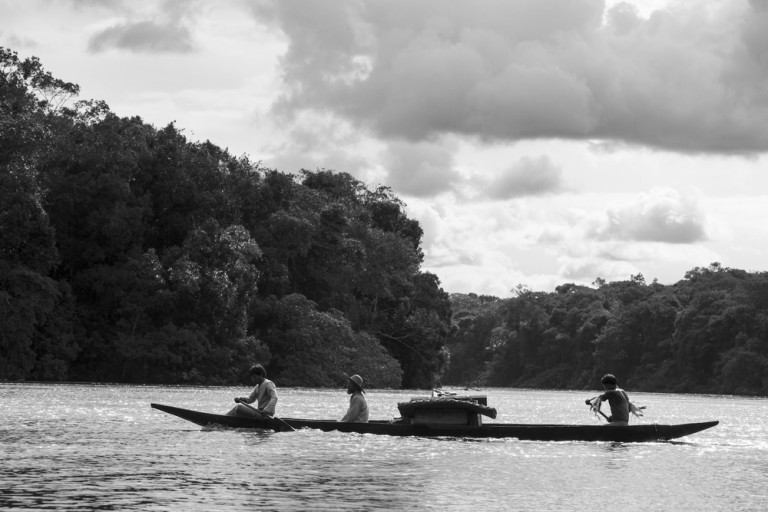 Embrace of the Serpent In UK cinemas From June 10th

The Oscar-nominated film Embrace of the Serpent is coming to UK cinemas from June 10th. Set in the Colombian rainforest, Ciro Guerra’s third feature explores the relationship between Karamakate, an Amazonian shaman and the last survivor of his tribe, with two scientists who are in search of the mystical Yakruna plant.

Karamakate is played by two different indigenous actors representing two different time periods. Using this shifting narrative, the film investigates colonialism and the exploitation of the indigenous tribes and their natural environment.

Ciro Guerra’s masterpiece is inspired by the expedition journals of the ethnologist Theodor Koch-Grünberg and the ethnobiologist Richard Evans Schultes. Although the film is fiction, it combines elements of documentary with the realistic representation of the evidence found by the scientists.

The film’s UK release will coincide with the re-publication of the book The Lost Amazon: The Pioneering Adventures of Richard Evans Schultes by Wade Davis, which may add significant value to the ongoing research in the Colombian Amazon.

You can read our of the Embrace of the Serpent here.