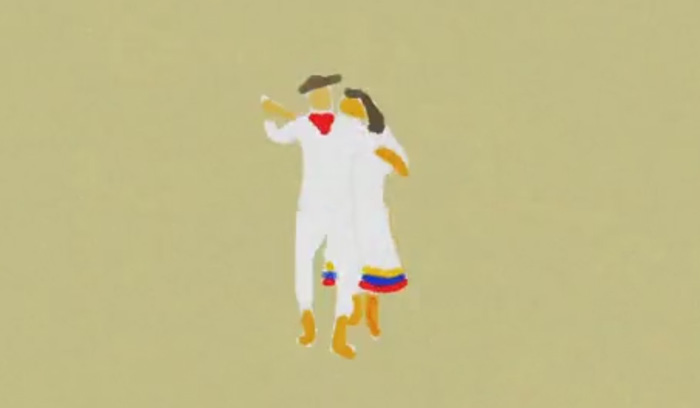 The whole project has arisen from Fabrica, a communications research centre in Italy who work with creative talent from around the world. It was here that Colombian musician Jhon William Castaño Montoya released his second album MOHS, a record inspired by the studies of the German scientist Friedrich Mohs and resulted in Castaño Montoya gathering sounds created by stone and then ordering them into harmonic structures which he would then use to perform his music. Musically he was inspired by the rhythms of his native country, as can be heard in “Cumbia de Piedra”.

The Colombian heart at the centre of the composition is then brought to life by Tomás Pichardo, an animator from the Dominican Republic who is also currently working at Fabrica. The concept behind the animation is described thus: “Taking magic-realism as its core, the music video flows between the way of living of the first inhabitants of these South-American lands, to the villagers traditions of dance and movement, ending with celebration in a climax of trumpet playing elephants and fireworks.”