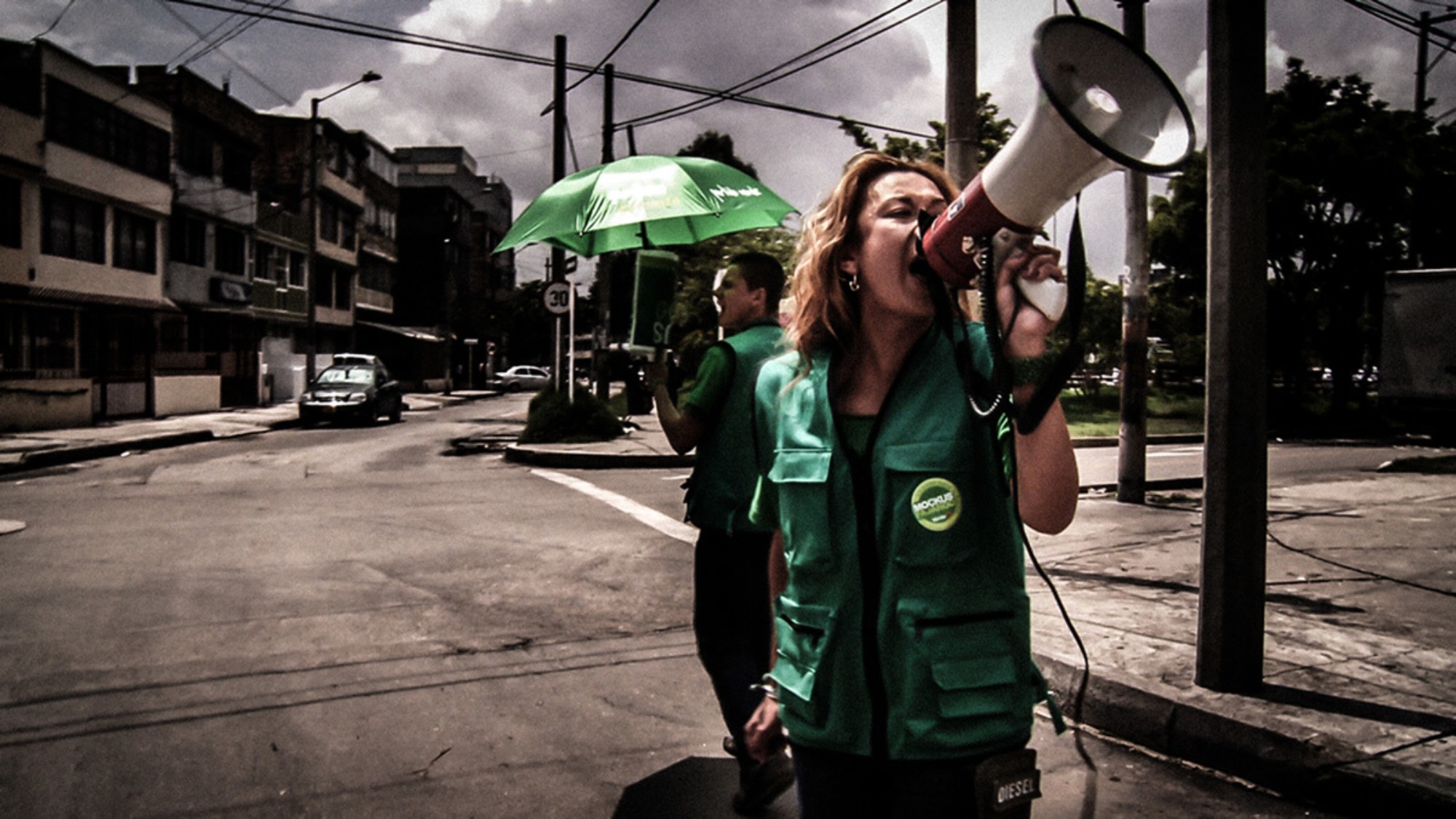 A young woman seeks to uncover the truth about her aunt, a guerrilla leader in the violent insurrection which rocked Peru in the 1980s; the ex-mayor of Bogota runs for president in Colombia, advocating dialogue, sustainability and greater public participation in politics as a means of addressing the country’s problems; Guatemala’s first female attorney general seeks to prosecute those suspected of committing genocide during the civil war but must confront powerful interests in order to do so. The work of one of Brazil’s most famous photojournalists, who devoted his career to documenting social struggle around the world, serves as a powerful reminder of the conditions in which many communities are still forced to exist.

These are the some of the themes addressed at the upcoming Human Rights Watch Film Festival. Several films relating to social justice, equality and oppression will take part in the festival, looking at topical issues in – aside from Latin America – Sudan, China, Switzerland, Zimbabwe, Iran and various other parts of the world.

The festival aims to promote human rights through the medium of film, while also creating a platform for filmmakers, whether emerging or established, working in the area of political and social cinema. According to the official website, ‘in selecting films for the festival Human Rights Watch concentrates equally on artistic merit and human rights content. The festival encourages filmmakers around the world to address human rights subject matter in their work and presents films from both new and established international filmmakers.’

With sixteen films in total (a seventeenth, Beyond My Grandfather Allende, which looks at the life of Chile’s socialist ex-president, has unfortunately been withdrawn due to licensing issues), the festival provides a broad analysis of many of the most pressing issues faced globally by communities and individuals today. Festival organisers receive some 500 applications before whittling the content down to the final selection. Three films this year centre on Latin America.

Swedish director Mikael Wiström’s Storm in the Andes examines the Shining Path internal conflict that erupted in Southern and Central Peru in 1980, costing some 70,000 lives and leaving hundreds of thousands displaced. Josefin Ekermann grew up in Sweden after her Peruvian father and Swedish mother left Peru during the insurgency, and now returns to the country to trace the legacy of her aunt, Augusta La Torre, a Shining Path leader until her death. On this journey she meets Flor Gonzales, whose brother was accused by the military of being a guerrilla and killed. Their association results in tension but also empathy as they both seek to learn the truth about their lost kin.

Shifting to Colombia, Life is Sacred follows the 2010 presidential run of Green Party candidate Antanas Mockus. The charismatic and idealistic Mockus sought to subvert the standard political rhetoric that stokes fear among the population in favour of a campaign based on greater access to education and promoting dialogue as a means of addressing Colombia’s long-running security issues. To add to the challenge, shortly after announcing his candidature Mockus revealed he had Parkinson’s disease. Andreas Dalsgaard’s film delves into the machinations of election time in Colombia, showing us the many tricks of the trade, while suggesting that the nation’s future may lie in a new direction.

Burden of Peace follows Guatemala’s attorney general, Claudia Paz y Paz, as she seeks to bring charges of genocide against those suspected of orchestrating genocide during the civil war in the 1980s. She faces determined opposition from powerful members of the Guatemalan elite, who, like elsewhere in Latin America, have numerous vested interests tied up in continued impunity for the guilty. You can read S&C regular Ed Hart’s take on the film here.

The Brazilian photographer Sebastião Salgado fled the military dictatorship in his home country during the 1970s in order to travel the globe chronicling war and poverty and bring these issues to wider audiences. For The Salt of the Earth, his son Juliano and the German filmmaker Wim Wenders follow Salgado on a new project to document the global effects of climate change. Not only a critical account of the terrible legacy that mankind is constructing for itself, but a study of the artist’s mind, The Salt of the Earth was nominated for Best Documentary at the recent Oscars.

There are several other films which make the Human Rights Watch Film Festival look like one of London’s most compelling film events of the year so far. It opens on Wednesday 18th March, running until Friday 27th, with screenings – as well as Q&A sessions with directors, protagonists and those from the field of human rights – taking place at the Roxy in Brixton, the Barbican, the Curzon Soho and the British Museum.

To buy tickets and find full details of the programme, visit the festival website.