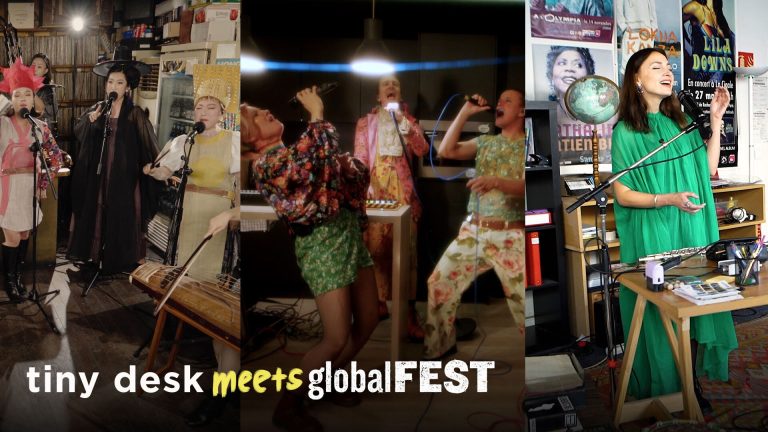 ICYMI, globalfestNYC & NPR Music Collab Knocks It Out Of The Park

The beginning of 2022 was dealt a crummy hand this past January when the Omicron variant took hold of the Big Apple and most live events were canceled out of caution. Among those making the pivot from live event to virtual were globalFEST and NPR Music.

Though it was intended for in-person at Webster Hall, Tiny Desk meets globalFEST, hosted by Angelique Kidjo, was virtual for the second year in a row.

The series also featured artists from around the world, from Syria via France’s Bedouin Burger to New York’s Kiran Ahluwalia (watch those performances here). Tiny Desk founder and host Bob Boilen said, “For the past dozen years, the globalFEST team has meant so much to me, curating memorable nights of brilliant discoveries from around the world. Last year, we teamed up to bring those magical moments to people’s homes all over our planet. I think this tradition will have a long life and a meaningful one to artists and audiences.”

Watch below and over on YouTube. There’s also an exclusive Spotify playlist.