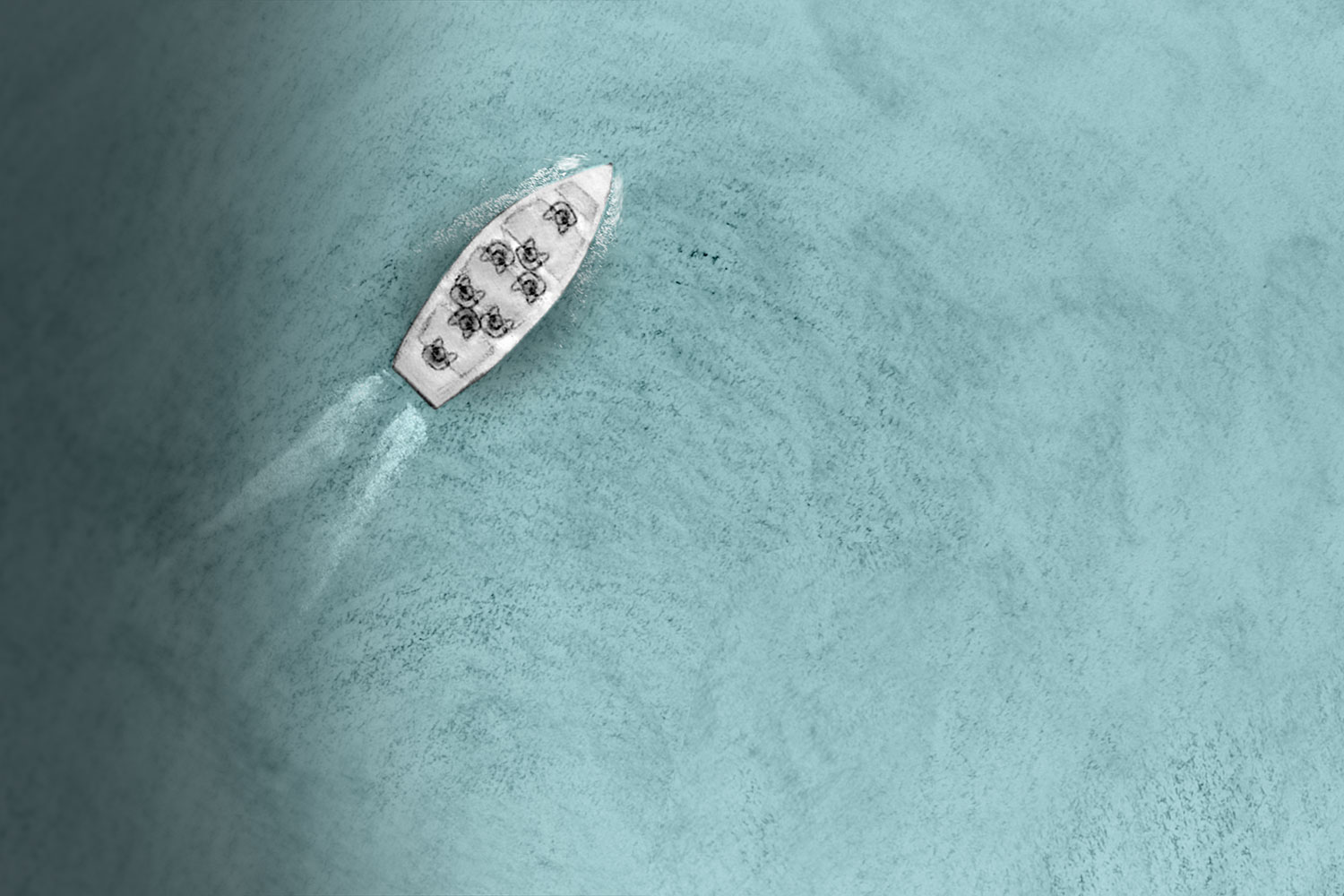 La Gorgona: Historias Fugadas is a tropical reworking of Alcatraz, shifted from San Francisco Bay to a volcanic island 35kms off Colombia’s Pacific coast. From 1960 until 1983, Gongora Island served as a prison for criminals deported from the mainland to this bucolic setting of golden sands and lush forest. In a parallel dimension, large hotel complexes have been built here, ringed by palm-frond beach bars and a soundtrack of David Guetta and Jet Ski engines. But, in this realm, Gorgona has been left untouched since the prison was closed, allowing nature to reclaim the area and form the mesmeric imagery that adorns Camilo Botero’s intriguingly-conceived film.

In the late-1950s, the authorities chose Gorgona as the site for a prison based on the design of Nazi concentration camps. Over the years, inmates and their supervisors were the island’s main inhabitants, the distance from the mainland and the ubiquitous presence of sharks making escape virtually impossible. The inmates (who, we learn, were very particular about being referred to as such, rather than as ‘prisoners’ or ‘convicts’) had often committed serious crimes and were sent here, far from any contact with the outside world. Although various inmates tried to escape the island, almost all of them were recaptured or died in the attempt.

Following the prison’s closure, Gorgona was given UNESCO World Heritage status, bringing the curtain down on the island’s previous incarnation as a detention centre for some of the worst offenders in the Colombian penitentiary system. Botero merges these two important and contrasting aspects of island identity, composing a visual portrait of teeming wildlife which overlies the faceless narration of ex-guards and inmates whose contributions are delivered in the style of short anecdotes rather than as historical commentary. Tales of prison hardship and brutality, as well as more humorous accounts of island captivity (a shark will try to bite you if you pull it from the water; whoever could have known?), resonate all the more eloquently for the footage which accompanies them. Never has getting knifed in the shower block seemed so idyllic.

Botero’s camera does not so much film the island habitat as immerse itself within the very organic matter of its breathing, growing, scuttling surface, lingering on sun-bleached tree trunks and the remarkable array of animal diversity: a snake that stands up straight, bad-tempered monkeys, paranoid-looking lizards. Just as you think things can’t get any more Attenborough, one particular shot, replicated over the closing credits, stands out: the sea, calm and glistening in the evening sunlight, is broken by the immense form of a whale as it rises for air before plunging back to the depths. If anyone ever dissuaded you from studying film, in order to learn something more ‘valuable’ like accounting or law, now would be a good time to disown them.

Yet, for all Botero’s superb cinematography, this is a film bathed in the darkness of humanity, again demonstrating our inherent ability to make things crap. The joy in watching those red crabs that seemingly dominate all tropical islands dart from side to side is irrefutably blunted by another account of human cruelty. As little actual footage of the prison exists, save for a couple of reels of film, prison life is re-imagined through animation, based on our narrators’ stories. These black and white segments lack the rest of the film’s visual artistry, in which nature’s paintbrush is at work, as they seek to reflect prison conditions.

This is an unusual take on the conventional romanticism of the desert island getaway, taking a place of natural beauty and placing it in an altogether more severe context. Botero’s directional style is languid and inverse, the visual setting only serving to re-emphasise the harshness of the film’s dialogue. It is a compelling tonal juxtaposition, challenging us to associate idealistic concepts with violence and retribution, and to balance notions of what escapism means for many of us with the literal act of escape that defines the film’s narrative. I was riveted throughout.

La Gorgona: Historias Fugadas will be screening as part of the Colombian Film Panorama taking place in London, Paris and Barcelona in June 2014. More details at colombianfilmpanorama.tumblr.com