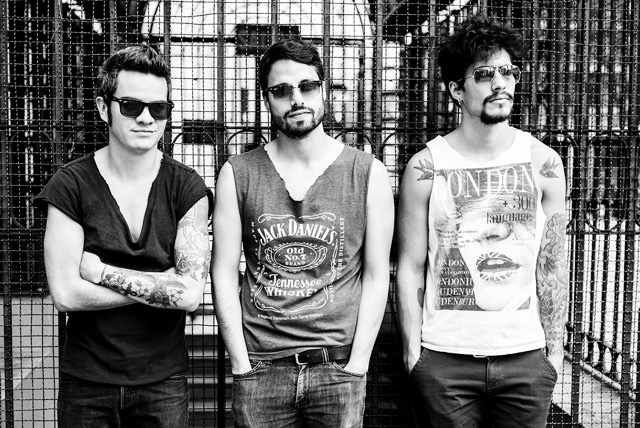 The Latin Alternative Music Conference (LAMC) returns to New York next week (7-11 July) for a special 16th anniversary celebration, including some outdoor action with free concerts at Central Park SummerStage in Manhattan, St. Mary’s Park in the Bronx, and the Prospect Park Bandshell in Brooklyn.

Thousands of musicians, entrepreneurs, DJs, journalists, marketers, managers, programmers and all kinds of music lovers, are expected to turn out for LAMC’s Sweet Sixteen, which this year calls the Affinia Manhattan Hotel in Midtown Manhattan home.

Some of the panel discussions include “Searching for Value in Free Music,” the “20th Anniversary of Los Fabulosos Cadillacs’ Album, Rey Azucar,” and “How Real-Time Data Is Changing the Latin Music Industry.”

And, of course, there will be showcases, official and not. To get in the mood for all things LAMC, we had a chat with Colombian garage rockers, Diamante Eléctrico, who will play a LAMC showcase at the Highline Ballroom in Chelsea on July 8, alongside bands such as Callate Mark, Centavrvs, and more. They also play a show at SOBs on July 9.

Though the trio (Juan Galeano, Daniel Alvarez, and Andee Zeta) have only been together for a couple of years, they’ve gained lots of buzz, thanks to their single, “Nos Rompemos Igual,” which charted well on Colombian public radio. The band have also played many major Latin American music festivals, such as Vive Latino, Festival Estereo Picnic, and Rock al Parque. (This interview was translated from Spanish.)

Sounds and Colours: Hey guys! Is this your first time playing New York? Are you looking forward to checking out any other bands playing LAMC?

Diamante Eléctrico: We’ve all played in this city at some point in our lives with other projects but is the first time as Diamante Eléctrico, the band. We like the festival and we know it will be a great showcase for us, also we are keen to see a Chilean artist, Gepe. (Ed. Note: We love Gepe, too. Check out his new video, featuring Wendy Sulca, here.)

S&C: Tell me about your influences, whether they are in music, or other forms of art.

DE: We are influenced by literature and poetry by greats, from [Charles] Bukowski and [Henry] Miller to [Julio] Cortázar and [Fernando] Pessoa. Obviously, music is the primary influence, we like a variety of music, from [Luis Alberto] Spinetta and Draco Rosa, through Led Zeppelin and Black Sabbath, to the White Stripes. 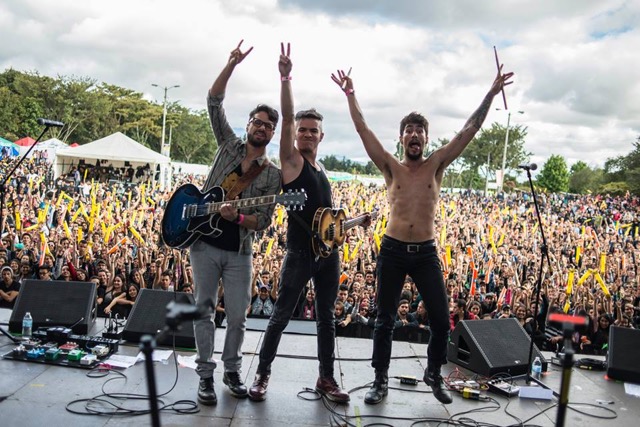 S&C: Do you think the music scene in Colombia has changed for rock music? If so, how?

DE: Yes, the word rock is a word that is very big in the context of Latin America. In Colombia, we are part of a new breed of independent artists where there are interesting propositions from the likes of Bomba Stereo and Frente Cumbiero, Revólver Plateado, and us, so music fans have more varied options these days. When we are all pulling in the same direction, we can be stronger as a music scene and we can go further.

Watch the video for Diamante Eléctrico’s single, “Kamikaze,” below, and catch them live in California or New York City in July.