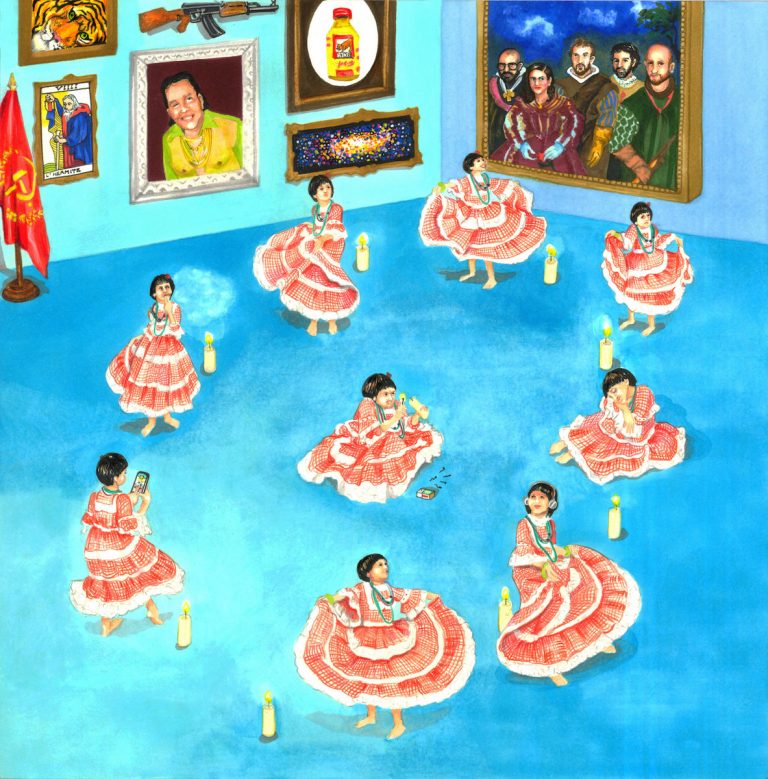 Across their releases, Colombia’s Meridian Brothers have alternated between concept albums and more diverse collections of songs. Their next, Cumbia Siglo XXI, finds them in conceptual mode once more, creating a homage to cumbia that deconstructs the style and then puts it back together again in their own unique way.

The new album doffs a cap to Cumbia Siglo XX, a pioneering group from Colombia’s coast who incorporated many different influences, such as Afro-Colombian rhythms (and Rod Stewart) into their sound in the 70s and 80s. With Cumbia Siglo XXI then Meridian Brothers, the brainchild of Eblis Álvarez, are looking to continue that innovation, but doing it in their singular fashion, taking apart the rhythms and stereotypes of cumbia culture, then reconstructing them using an arsenal of processes and concepts. It is cumbia, but not as we know it.

The lead single is “Puya del Empresario”, the only track on the upcoming album without cumbia in its name. It also has the finest Eurodisco synth riff this side of the 90s, a powerful thing which shows how at their best Meridian Brothers can combine avant-garde practices with the more palpable concerns of dance music, this is music for the head and feet.