Kick off your weekend with this “Tiny Desk Concert” featuring Monsieur Periné, who announced a U.S. West Coast tour for May in support of its breakthrough album Caja De Musica. The group won a 2015 Latin GRAMMY award for “Best New Artist” last fall. 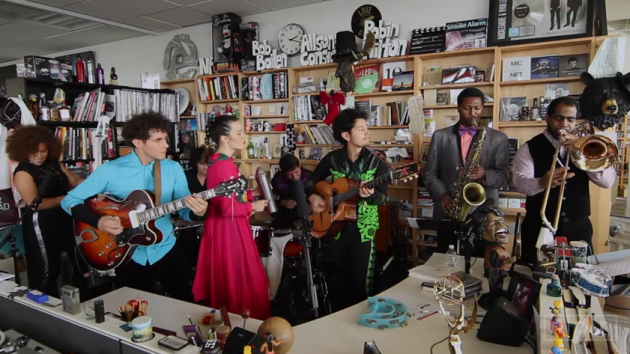