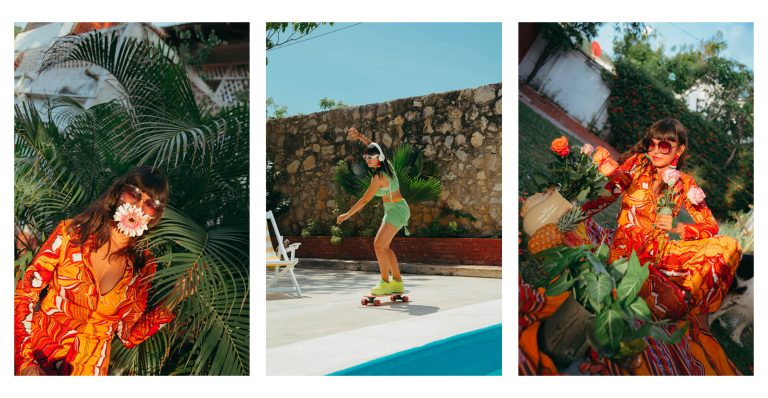 What does it say about an artist when, in the same year they’re featured on one of the world’s biggest pop stars‘ hit album, they put out a track with iconic international singer-songwriter? However you want to describe it, Bomba Estéreo is doing it, and we’re here for it.

“Me Duele” is a new collaboration between the Colombian band and Barcelona-based icon, Manu Chau.

“We are very happy to collaborate with one of the greatest artists ever,” Bomba’s founder Simon Mejia, said in a statement. “This song was created during a wonderful organic collaboration. It’s … about how pain can always find its relief during difficult times and life can come back to its essential beauty.”

“Me Duele” was created during a Manu Chao visit to Liliana Saumet‘s home studio on the Caribbean coast of Colombia. A portion of the song’s royalties will be donated to Costeño Social, a school in Guachaca, near Li’s home.

The song is accompanied by a vibrant official video directed by Gustavo Cerquera Benjumea.

Now, about that aforementioned biggest pop star: Earlier this summer, Bomba released the collaboration “Ojitos Lindos” with Bad Bunny. The song quickly became a summer anthem across the globe and accumulated more than 800 million total streams. Li Saumet and Bomba Estereo’s guitarist, Jose Castillo, recently performed the collaboration with Bad Bunny at his Puerto Rico stadium show, which was broadcast nationally by Telemundo Enterprises, a division of NBCUniversal.

Bomba Estéreo is on tour this fall. See dates on their website.