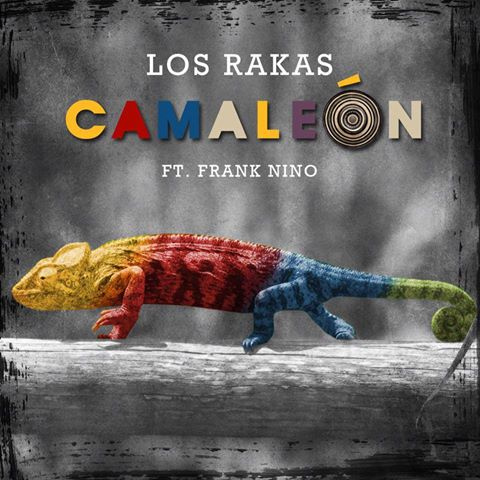 We knew Panama-by-way-of-Oakland, Calif., duo, Los Rakas, would be well received in Colombia and Chile, where they ended up selling out shows in Bogota and Santiago.

The experience inspired them to immediately release a hot new track with ties to Colombia, Canada, Guatemala, and their native Panama.

Camaleón, an upbeat hip hop/reggae number, is produced by Myztiko, a Montreal, Canada,-based Guatemalteco, who has worked with reggaeton artists, such as Daddy Yankee, Tony Dize, and Cruzito.

The new track was inspired by a song written and performed by fellow countryman and salsa legend, Ruben Blades.

Blades’ song, ‘Camaleón,’ (off the 1991 album, Caminando,) serves as both inspiration and warning:

So begins the version by Los Rakas, which also features Colombian artist/producer, Frank Nino, who has an interesting connection to Panama.

A native of Bogota, Nino, who also resides in Montreal, is one of the pioneers in what is said to be the first ever rehabilitation program for social reinsertion through music in a developing country’s federal penitentiary. Nino was helped create and develop the first recording studio within Panama’s notorious federal prison (and home to former Panamanian dictator, Manuel Noriega), El Renacer. Assisting a group of inmates during their imprisonment, Nino jointly produced, performed and filmed several musical projects within the prison walls.

This is the fourth time Los Rakas collaborate with Nino (check out the 2008 dancehall banger, Esa Mulata), and it is the second time a Rakas track is directly inspired by Rubén Blades.  ‘Cueria’ (2011) sampled Blades’ monster hit, ‘Pedro Navaja,” and inspired a short film and music video, which you can watch below. And make sure to name your own prices and grab Camaleón by Los Rakas ft. Frank Nino on bandcamp.