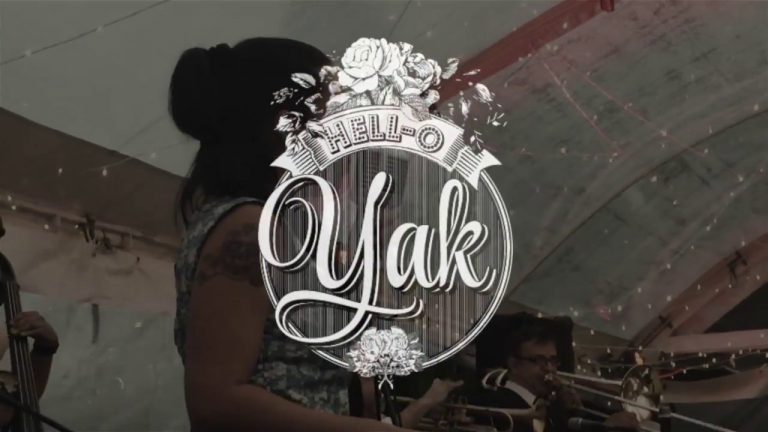 Colombia. That well-known meeting point of rockabilly and country, where surf and swing music play out to a big band persona. No? Then perhaps it is time to think again.

Medellín-born Lina Posada has been cooking up a storm for quite some time now. The powerfully talented vocalist has lent her soulful voice across a number of jazz, blues and rockabilly projects, all the while creating her own little haven of noise in the background, now ready to emerge from its dwellings: Hello Yak.

The new project, a self-styled ‘mini big band’, draws on a wide base of such influences, addressing the subject matter through English and Spanish. Posada, alongside a riotous orchestra – featuring a three-piece wind section, double bass, piano, drums, and guitars which slide between the bluesy and the haunting – packs country, rockabilly and rock and roll sounds all within this mini ensemble.

Through darker themes and heavier instrumentation, the group go about their curation with more tenacity than your traditional big-band, bringing a fresh and original take to a well-trodden style.

Check out track “El Camino” (below) from the groups recently released debut album of the same title, before heading over to the band’s SoundCloud or your chosen streaming service for some more grandeur, big band, rock and roll.