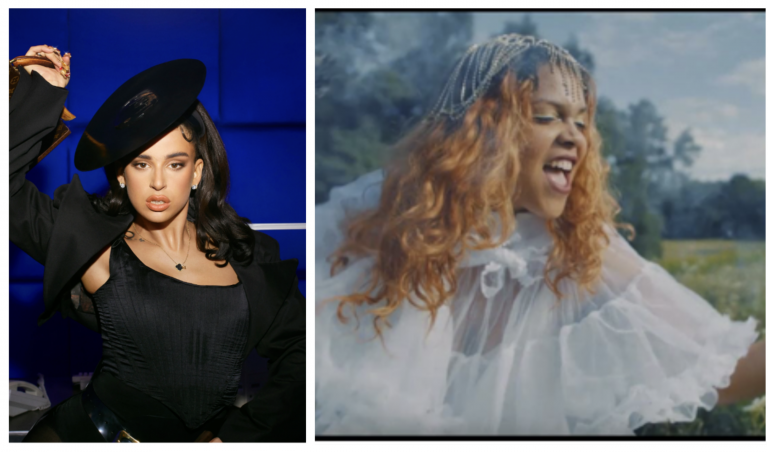 Paying homage to elements of ancient ancestry while simultaneously looking to the future, Combo Chimbita has a new video for the passionate track “Revelación (Candela).

Vibrant colors fill the video for the track, which is featured on Ahomale, Combo Chimbita’s sophomore effort and first for ANTI- Records that fuses together folkloric mystique, otherworldly psychedelia and a sash of enigmatic punk. With the help of producer Daniel Schlett (The War on Drugs, Modest Mouse), the group’s rootsy experimental alchemy and metal strangeness take centerfold. Oliveros howls, yowls and chirps with gut-wrenching emotion; whether rock raw and soulful or bewitching like a shaman in a spiritual ceremony, her voice is always a multifaceted wonder.

Combo Chimbita begin a spring tour this week that kicks off with a trio of shows in Mexico, the band’s first-ever performances in the country. Starting in Mexico City, they will also be returning to the States to play in Portland, Los Angeles, Chicago and more. All upcoming tour dates are listed below.

Nathy Peluso, an Argentine rapper based in Barcelona, has a new single off her forthcoming debut album, due out later this year. The track has star power behind it.

“Business Woman” was produced by Rafa Arcaute (Calle 13, Spinetta) and Fede Vindver, the renowned Argentine musician who worked on Kanye West’s “Jesus Is King,” Missy Elliott, and Mariah Carey. Peluso is confirmed to perform at Coachella this April.

Below, check out the video for “Business Woman,” the concept for, she told the Fader, “… is something I experience very closely as the leader of my project and I am proud to give it some music.”